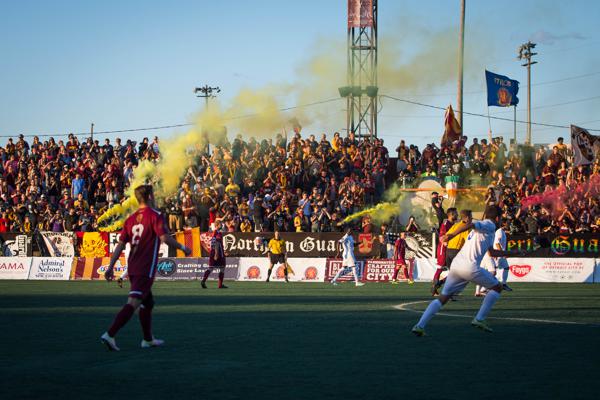 The preseason exhibition matches are open to the general public.

At SVSU, admission will be $7 per person at the gate, with free admission for children under five years old.

At LTU, admission will be $5 at the gate, with free admission for children aged five and under.

Parking will be free for both preseason matches.

Lawrence Tech plays its home matches at the LTU Athletic Field in Southfield, MI. LTU will provide supporters with a free shuttle to and from the pitch on matchday. The shuttle starts at 11:30 a.m. and goes until 4:30 p.m., and it will pick up supporters in parking lots H and G. Parking information and maps can be found here.

City will conclude its preseason slate at Keyworth Stadium on Saturday, May 6 when it hosts Dayton Dynamo at 7:30 p.m.

LTU was named DCFC’s Official University Partner in 2016, and in 2017, City will hold its training sessions at LTU.

Following the conclusion of City’s preseason, DCFC will begin its NPSL regular season campaign at Keyworth against Milwaukee Torrent on Friday, May 12. Kickoff for the home NPSL opener is set for 7:30 p.m.

Season ticket sales are outpacing last year’s figures. If you haven’t already purchased your tickets, be sure to get yours before it’s too late. Shop ticket packages here. 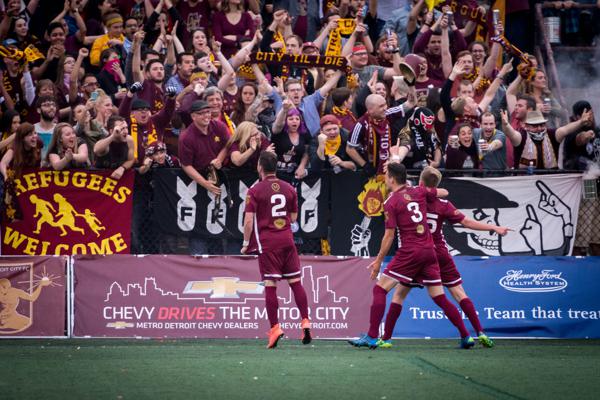 Detroit City FC is proud to introduce the Share City Referral Program. Open to all 2017 season ticket holders, when you refer your friends, family, coworkers or fellow soccer fans to buy 2017 season tickets, you’ll be rewarded.

How does it work?

What are the benefits?

Store credit will be distributed via email after March 1.

Giveaway winners will also be announced after March 1.

Detroit City FC is returning to Keyworth Stadium one last time in 2016.

The ‘Old Boys’ of Detroit City will lace up their boots for a special Homecoming friendly match on Saturday, October 8. Kickoff is at 7 PM ET.

City will host Mundo Latino (Latino All-Stars), the team DCFC faced in its inaugural match as a club in 2012.

The two teams met at Historic Fort Wayne on May 5, 2012, when Detroit recorded its first-ever win as a team, beating Mundo Latino, 3-1.

Supporters are encouraged to purchase tickets ahead of time. Tickets are $7 online and $10 at the gate on matchday.

The 2016 season marked an incredible year of achievements for Le Rouge. After renovating 80-year-old Keyworth Stadium through its historic community investment campaign, City saw a record 7,410 supporters at its first match at its new home on May 20, 2016. A week later, the club hosted fan-owned FC United of Manchester in front of more than 6,200 supporters.

DCFC also opened its first brick and mortar club shop at 2750 Yemans Street in Hamtramck. In August, the club announced it distributed $107,000 in revenue sharing checks to its investors.

Be there when Detroit closes out its inaugural year at Keyworth on October 8. Purchase your tickets here. 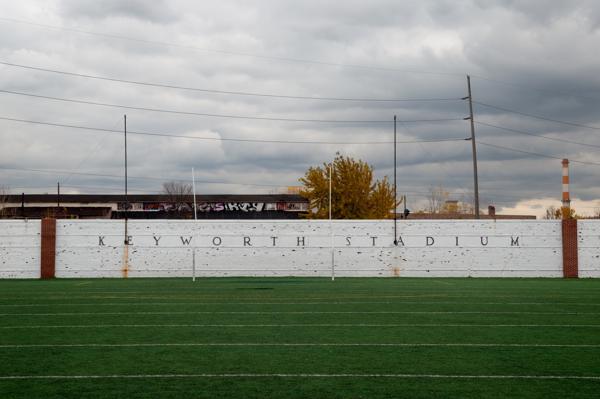 Detroit City FC announced today that it has reached the $400,000 milestone in its historic community financing campaign.

The amount is significant because it marks the minimum the organization would have to raise before the funds could be made available to the organization. With the funds readily available, construction on Keyworth Stadium in Hamtramck can now begin.

To date, more than 340 Michigan-based individuals and businesses have participated in the deal, which remains open to investors until 11:59 p.m. on February 15.

The campaign, which is the largest of its kind in Michigan history, allows DCFC to give interested investors the opportunity to help grow the club and earn a financial return. Renovation of 80-year-old Keyworth Stadium in Hamtramck will commence in time to allow Le Rouge to take to the pitch for the start of the 2016 season in mid-May. The construction planning includes structural improvements to the grandstands, and the mending of bleachers, locker rooms, restrooms and lighting.

With the minimum reached, DCFC now has 12 days to make a final push to the community as the team strives to raise up to $750,000, the estimated amount needed to cover the full extent of this phase of renovations.

“We still have a ways to go in our campaign but this milestone means a lot to Detroit City FC and our passionate supporters,” DCFC co-owner Sean Mann said. “This campaign is bigger than just this club. Keyworth represents not only the continued growth of DCFC, but an exciting new way to approach investment, historic preservation, community development, and sports business.”

“Community-based investment requires two things: a proven, investment-worthy business and a deep connection between the business and its community,” Sidewalk Ventures founder Jeff Aronoff said. “This project is a success because DCFC exemplifies both of those qualities, and we’re privileged to be working alongside them.”

“It’s phenomenal to be able to watch investors across the state of Michigan rally behind something like this,” MichiganFunders founder Niles Heron said. “The beauty and power of these sorts of funding methods is that it allows communities to dictate what they want to see built. MichiganFunders is incredibly proud to be a part of what is one of the largest and most successful community-raises in Michigan history.” 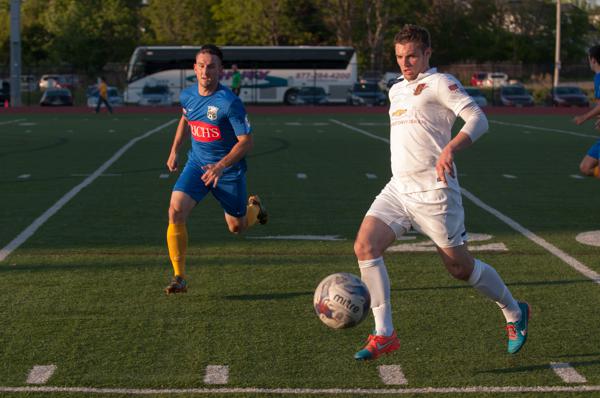 The NPSL Combine, started last year, aims to give NPSL players from around the nation a chance to train and play in front of professional coaches and scouts.

Channell is one of 15 players selected to the NPSL Midwest combine team, which will face teams comprised of Northeast, South and West Region players in interregional matches scheduled for January 9-10.

For the rest of the Midwest Region combine team and the additional region teams, read the NPSL’s official release here.

JOIN OUR NEWSLETTER FOR UPDATES AND MORE