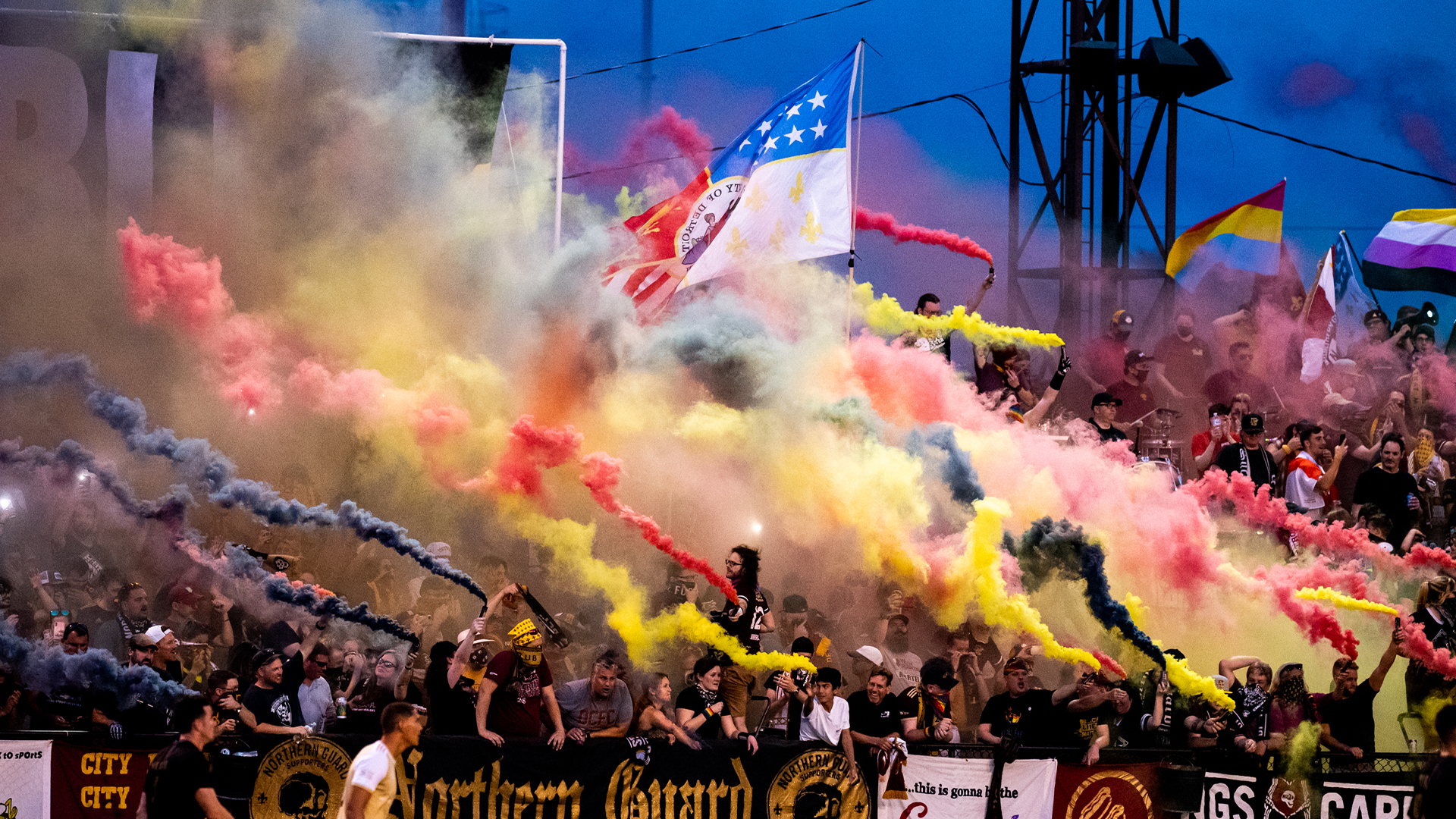 Detroit, MI – Detroit City Football Club hosts its first home match as members of the USL Championship on March 19, 2022, against the Charleston Battery at Keyworth Stadium in Hamtramck.

“There is a lot to be excited about heading into our debut season in the USL Championship,” said general manager and head coach Trevor James. “Match days in 2022 will bring a new level of competition and excitement for the team and supporters, both at Keyworth and away.”

The season opens for Le Rouge on the road at San Antonio FC on March 12. Kickoff times and the full 2022 league schedule will be announced at a later date.

Season ticket packages for Detroit City’s inaugural season in the USL Championship start at $150 and are available at tickets.detcityfc.com. Single match tickets are scheduled to go on sale at the end of January. Opening match four-packs start at $49 and include a DCFC scarf.

In November, Detroit City FC announced the move to the USL Championship - the second tier of professional soccer in the U.S. - after clinching its fourth-straight trophy in the third division National Independent Soccer Association.

The move into the second division will come with additional upgrades to Keyworth Stadium - which has been home to DCFC since 2016 - to provide a better match day experience.