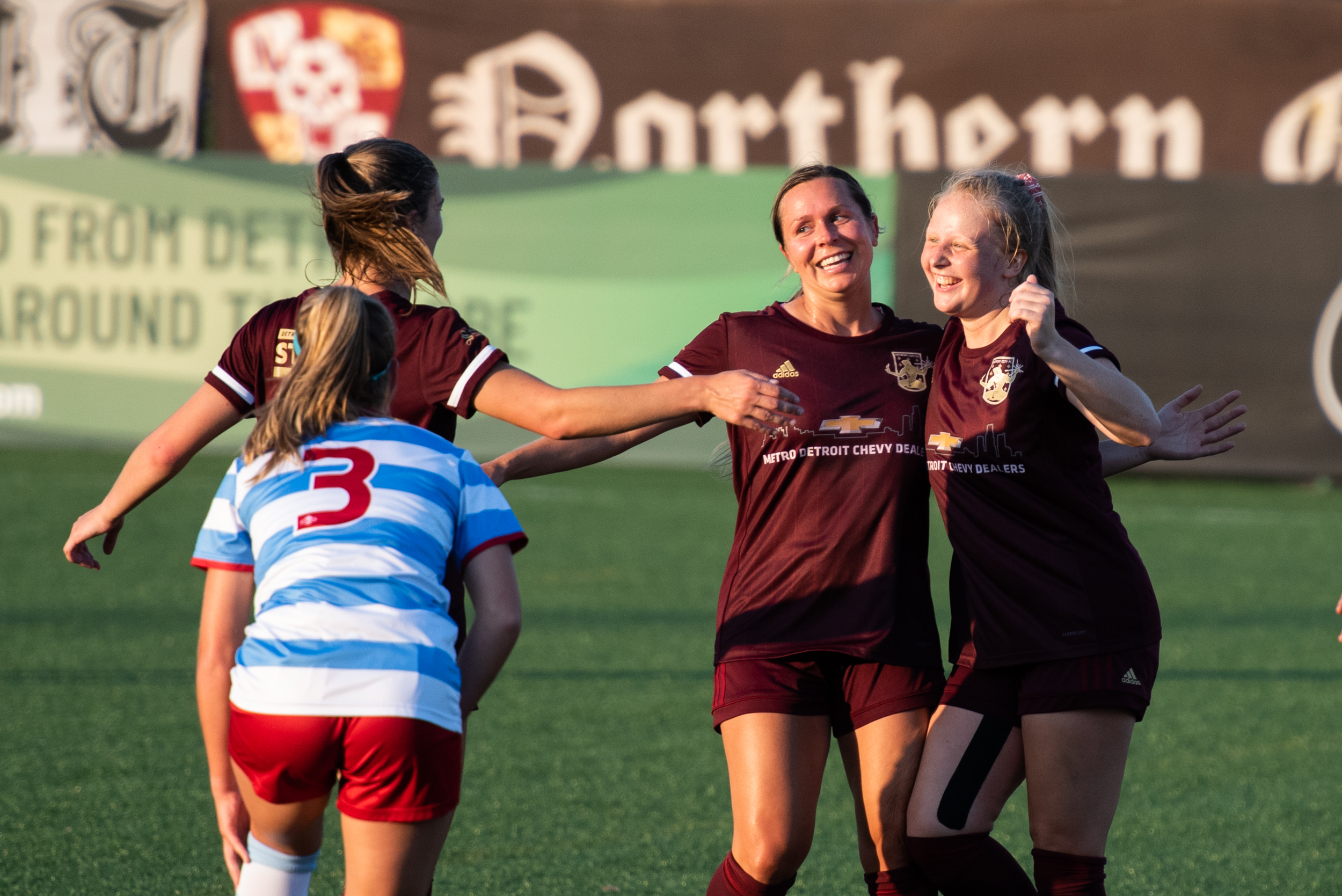 DETROIT, Michigan - The Detroit City Football Club and United Women’s Soccer has announced the 2021 First-Team schedule. Le Rouge’s 10-match slate opens at Keyworth Stadium in Hamtramck on May 15 against the Muskegon Risers.

“We are very excited for the 2021 campaign,” said Head Coach Sam Piraine. “We’ve experienced a lot of the growth on and off the pitch this offseason and are ready to battle in the extremely competitive Midwest Conference of the UWS in what will be our first full season.”

The women’s first-team is set to compete in the top division of UWS in the Midwest Conference. The schedule features five matches at Keyworth Stadium and five on the road.

After opening at home on May 15 against the Risers, Le Rouge travels to Lansing United on May 23 before making the crosstown trip to Corktown AFC on May 26. The month concludes with Detroit City’s third match in seven days, hosting the Chicago Mustangs in Hamtramck on May 29.

June opens on the road with a second-showdown with Muskegon on June 5. Le Rouge returns to Keyworth for consecutive home outings, first against Corktown AFC on June 12 before Midwest United FC visits on June 19.

Detroit City FC wraps up its road slate against Indiana Union on June 26 and Midwest United on July 2. The regular season finale will be at Keyworth against Lansing United.

Last season, the women’s team made its debut with an abbreviated schedule due to Covid-19. After a friendly in Grand Rapids against Midwest United, Detroit City FC hosted the UWS Keyworth Showcase featuring Lansing United, Midwest United and Livonia FC. A late goal from Kenna White gave DCFC a 2-1 win over Lansing United before falling to Midwest United in the finals, 3-1.

Supporters will be back in the stands at reduced capacities based on each club’s respective state guidelines. Broadcast and ticketing information for the 2021 season will be announced at a later date.

For a complete look at the 2021 Women’s First-Team schedule, click here. Head coach Sam Piraine and his staff continue to build out the roster for both the first and second teams. Click here to view the updated 2021 roster.