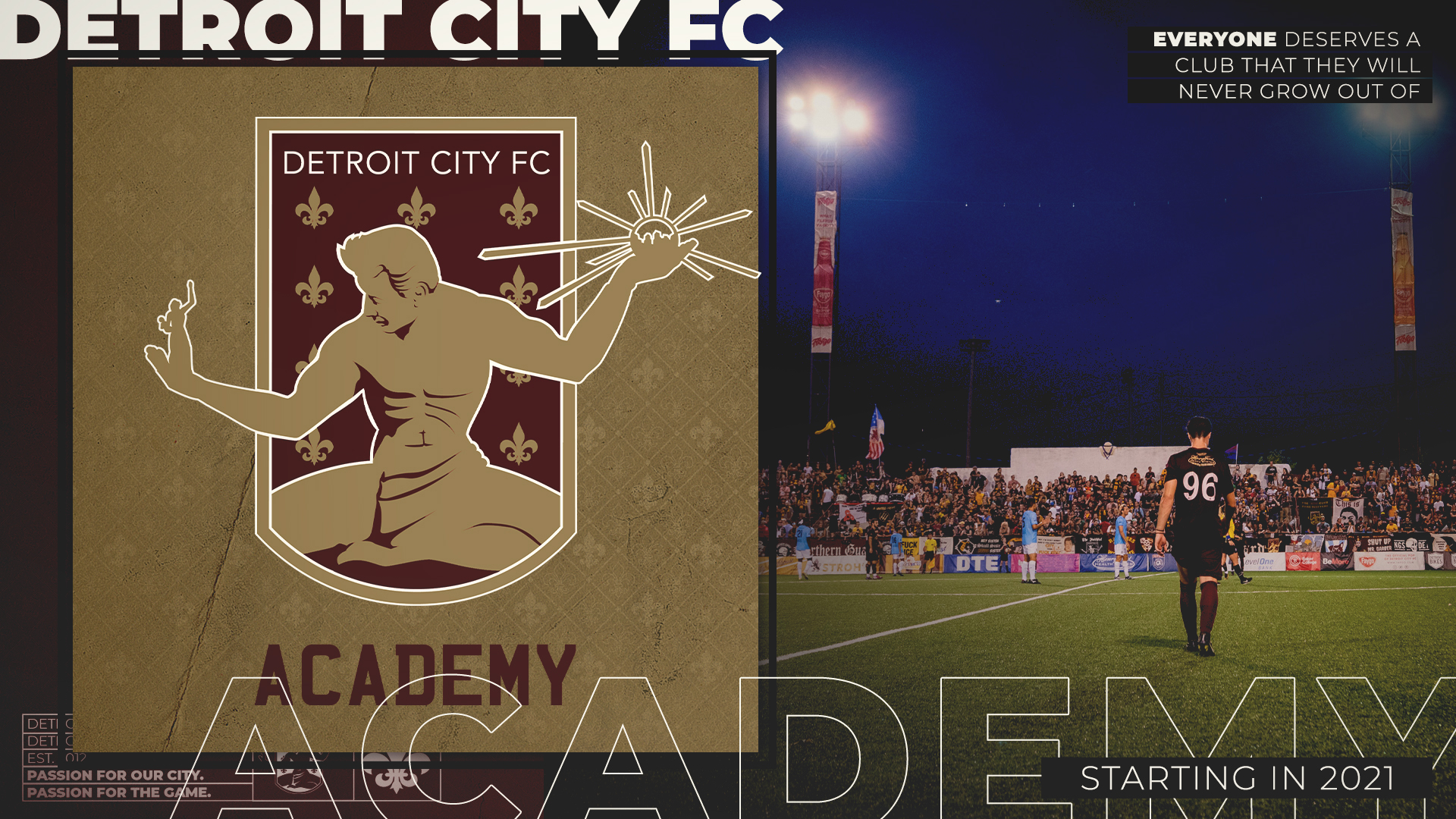 DETROIT, Michigan - The Detroit City Football Club and its Youth Affiliates will launch a development academy starting in 2021. The DCFC Academy program will provide players within the DCFC Affiliate Network an opportunity to compete at a higher level while training with and in front of the first teams on the men’s and women’s sides.

“Creating an Academy level allows us to continue to provide accessible,  elite training opportunities for the youth of Metro Detroit and adds one more building block to our long-term vision for DCFC,” said Detroit City FC COO Todd Kropp. “This addition to Detroit City FC will help us retain some of the top young talent in the area and develop more hometown players for our first teams.”

In the first year, the program will focus on creating highly customized training programs for each age group. As the program evolves in year two and beyond, competitive matches including options for showcase tournaments will be added. Players selected for the Academy will continue to represent their respective DCFC Affiliate team.

“The DCFC Development Academy is an exciting platform for all of our affiliate players,” said DCFC General Manager & NISA Head Coach Trevor James. “For the elite and driven players of the Detroit area, the Academy structure enhances player development through ensuring that the top performing players within our Club will have the opportunity to compete against and challenge each other on a regular basis. This provides more meaningful competition within the development environment and empowers players to reach their maximum potential.”

Academy groups will be selected in the following ages: Boys & Girls U11- U12, U13-U14, U15-U16 & U17-U18. The Academy program will train an additional 8-12 times per year with top coaches from the DCFC Affiliate Network. Training sessions will be held at Keyworth Stadium and the Detroit City Fieldhouse.

If interested in learning more about the Detroit City FC Youth Affiliate Network and the Academy program, please visit detcityfc.com/academy or reach out to the DCFC Affiliate nearest you (City, Downriver, Genesee, South Oakland, West). Only players within the Affiliate Network are eligible to try out for the Academy.

Detroit City FC has recently added a fifth Affiliate in South Oakland along with two development teams set to take the field in 2021 in the Midwest Premier League and United Women’s Soccer League 2. The addition of the Academy furthers the Club’s commitment to providing accessible, elite playing opportunities for all youth in Metro Detroit.