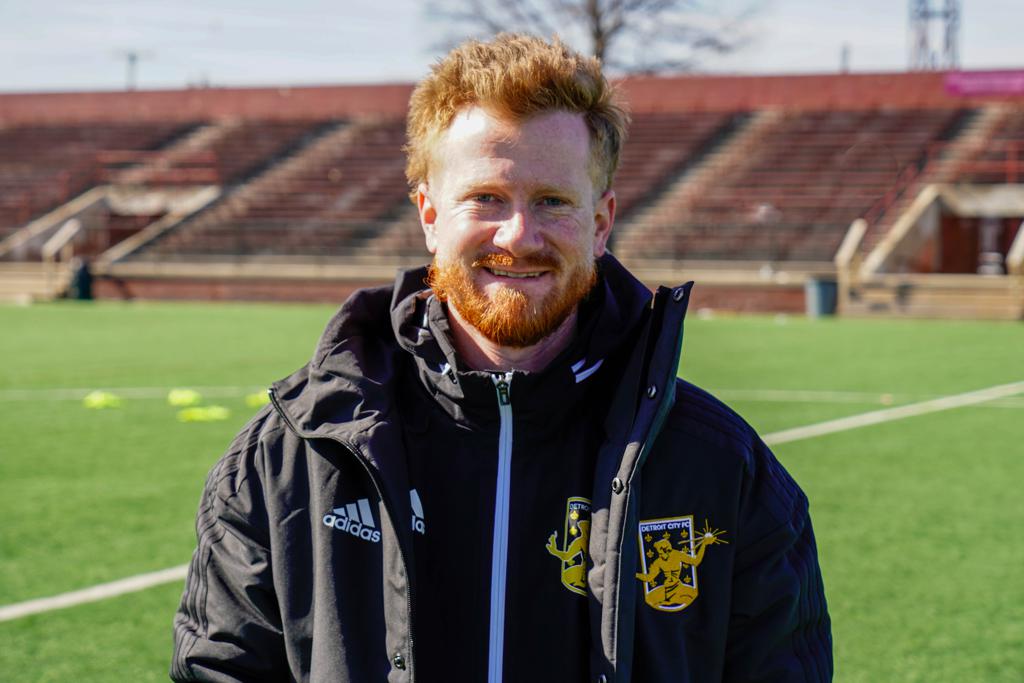 DETROIT, Michigan - The Detroit City Football Club welcomes Tyler McManus to the front office in the role of Director of Youth Development. McManus will further the club’s commitment to growing and developing Detroit City’s youth programs as well as working as an assistant coach with the men’s first team.

McManus comes to Detroit after spending six years with Sporting Kansas City of Major League Soccer. While with Sporting KC, the Medina, Ohio, native worked in a variety of roles leading the club’s youth programs. In 2020, McManus was named Academy Affiliates Assistant Director of Coaching, through which he served as an advisor to 15 affiliate clubs providing guidance on coaching curriculum and program development.

In this new role with DCFC, McManus will serve as a liaison to Detroit City’s five youth affiliate clubs (City, Downriver, Genesee, South Oakland and West) as well as helping to enhance connections between the men’s and women’s first teams and DCFC youth players.

“We are all very excited to have Tyler join our team and help us continue building our youth programs to foster a true pyramid structure,” said Detroit City FC COO Todd Kropp. “Tyler brings a wealth of information on how affiliate models are structured at the MLS level, but also has an open mind toward how we can continue to reshape the landscape to make competitive youth soccer more accessible and affordable for more players.”