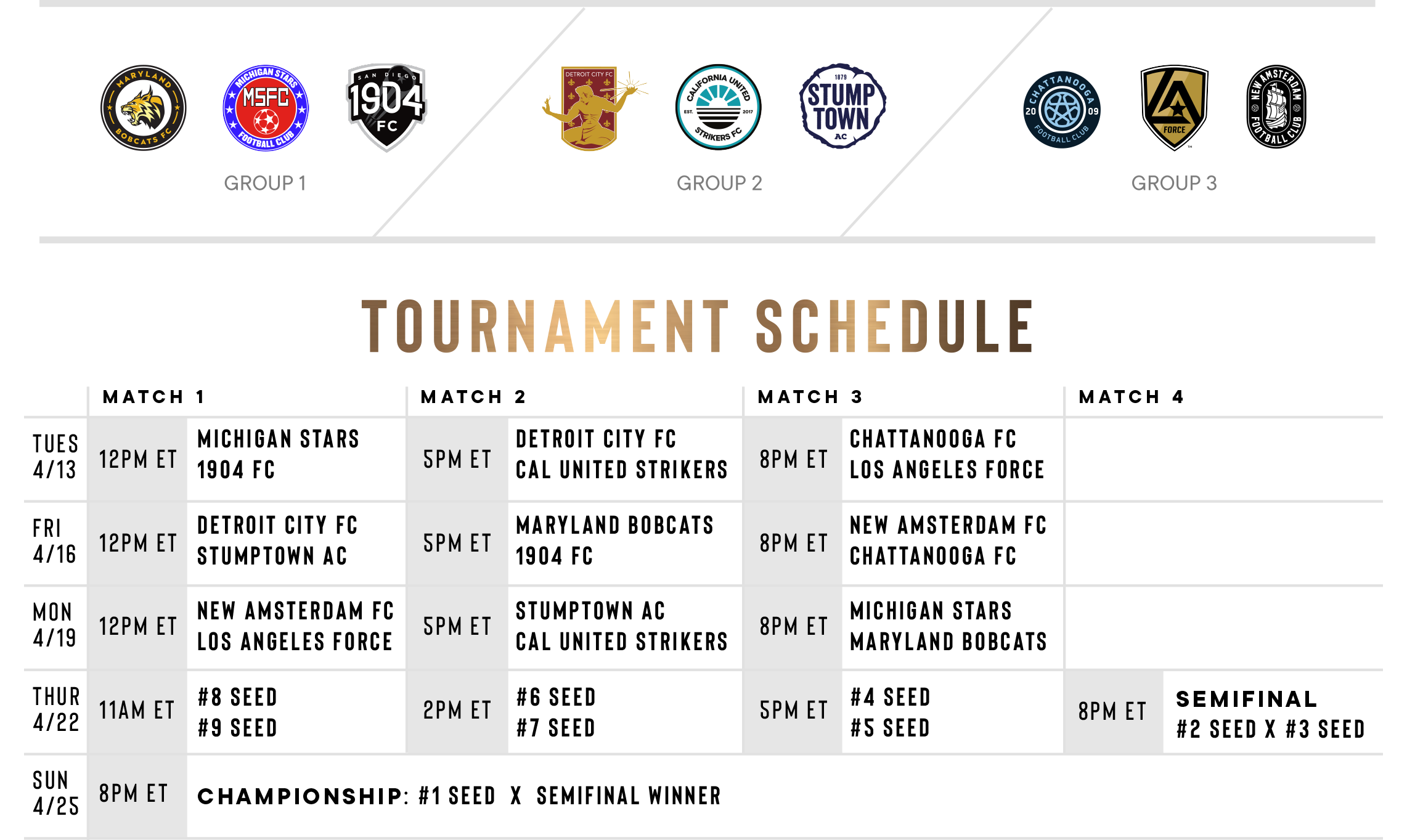 Detroit City FC opens group play with Cal United on April 13 at 5 pm ET then returns to the pitch on April 16 to take on Stumptown at noon.

Each club is guaranteed at least three matches. The top overall seed out of group play advances to April 25’s final, while the #2 and #3 seeds play in a semifinal match on April 22 at 8 pm.

It is expected that a reduced capacity will be allowed at Chattanooga’s Finley Stadium for the Legends Cup. Ticketing and broadcast information will be made available later this month.

About NISA
The National Independent Soccer Association was founded in 2017 with a mission to bring professional soccer to every city in the United States. A pro league member of U.S. Soccer, NISA focuses on a model based on meritocracy, independent clubs controlling their own league, clubs owning their intellectual property, all without the barrier of territorial rights. Sanctioned by the U.S. Soccer Federation, NISA also runs the mid-summer Independent Cup, open to independent professional and amateur clubs alike. For more information about NISA visit NISAOfficial.com or contact at info@nisasoccer.com. Follow NISA on Twitter @NISALeague and on Instagram @nisasoccer.