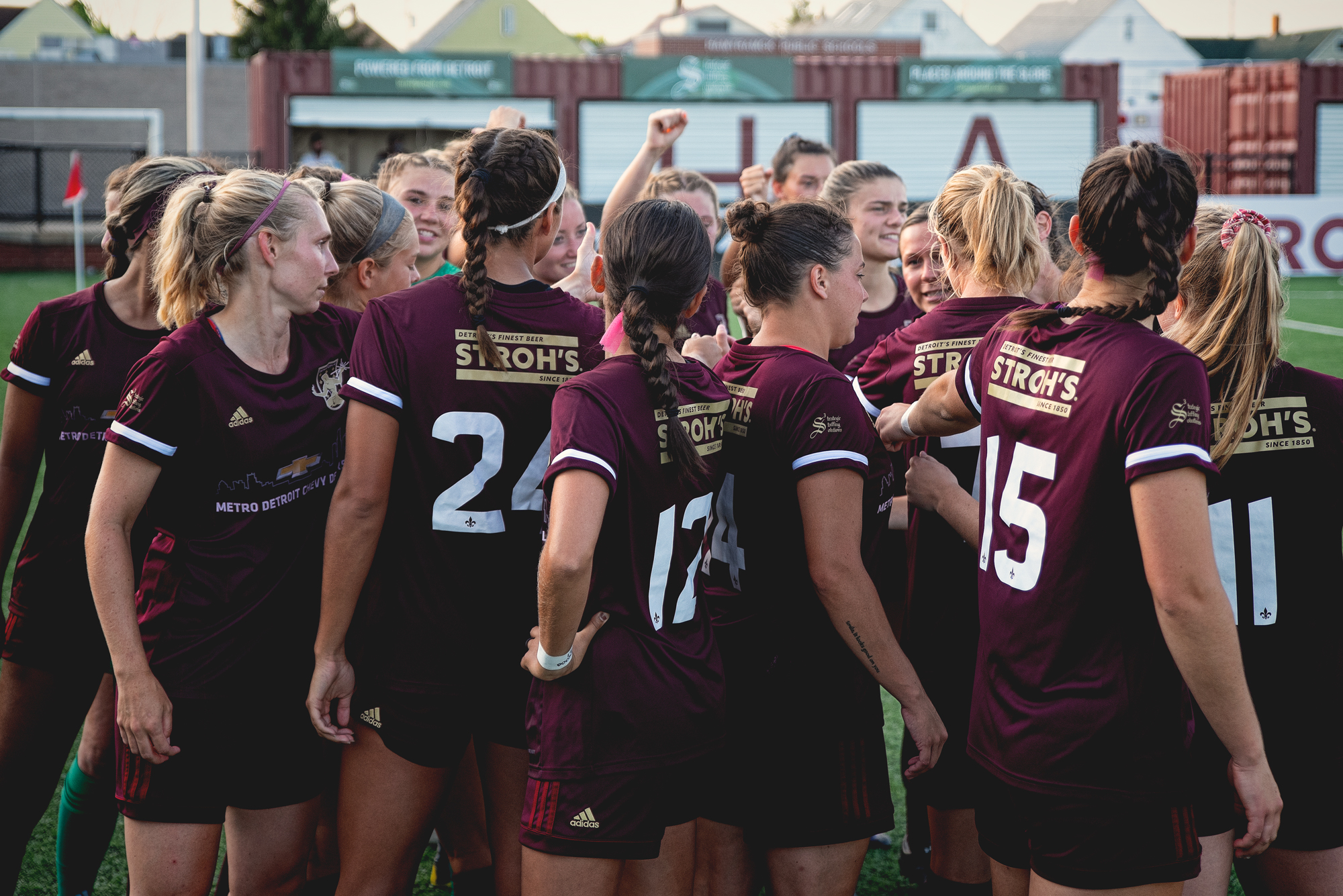 Looking to create a clear pathway to the first team, Detroit City FC has added a reserve squad to the women’s side.

DETROIT, Michigan - Detroit City Football Club has announced the addition of a reserve squad to the women’s side for the 2021 season and beyond. The women’s reserve side is set to compete in League Two of United Women’s Soccer.

“Adding the reserve side is the next natural step,” said CEO/Co-Owner Sean Mann. “We are committed to the growth of the Club and creating a clear pathway to the first teams from our youth affiliates.”

"We are extremely excited to be adding a team to the UWS2 in 2021,” women’s head coach Sam Piraine said. “Detroit City continues to grow in the community and on the pitch, and joining League Two will give our players the proper pathway to be competitive and prepared for the next step in their careers.”

The Le Rouge women’s side made its debut in 2020. City announced 36 players to the initial roster before COVID protocols required the roster size be cut down to ensure the health and safety of the players and staff.

Tryouts for the 2021 season are tentatively set for January but are subject to change. Interested players in the Detroit City FC women’s side are asked to visit detcityfc.com/tryouts and fill out the informational questionnaire to be contacted by the technical staff.

Formed in 2015, UWS is a national league with teams playing in regional conferences and is the second division of women’s soccer, below the National Women’s Soccer League (NWSL). Learn more about the UWS at uwssoccer.com.