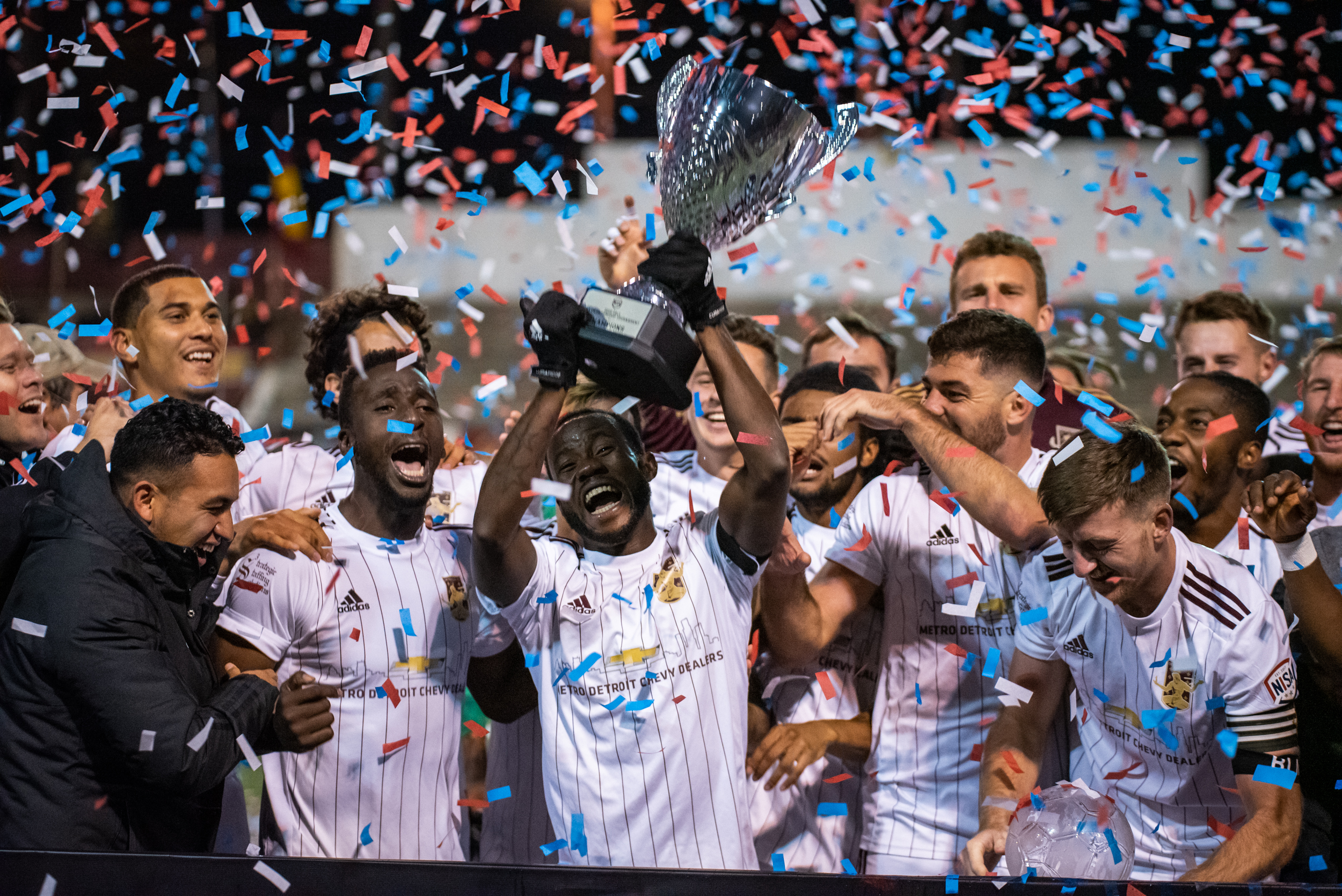 HAMTRAMCK, Michigan - In its first professional season, the Detroit City FC men’s side defeated the Oakland Roots, 2-1, to claim the Fall National Independent Soccer Association title under the lights at Keyworth Stadium on Friday night.

City got off to a slow-paced start as Oakland was able to hold on to large amounts of possession in the first half hour. Le Rouge created a few opportunities as a Kevin Venegas cross whipped across the box in the 15th minute but missed the foot of three separate DCFC players.

Much like the semi-final, City was more than happy to deal with opposition chances by conceding corners. The Roots though found themselves on the end of a powerful cross in the 27th minute as a header from Oakland forward Johnny Rodriguez beat keeper Jean Antione and found the back of the City net.

Le Rouge entered the final 45 minutes once again needing a spark. Averaging a goal just over every 20 minutes, super-substitute Shawn-Claud Lawson got the call from gaffer Trevor James in the 62nd minute.

Just four minutes later, Lawson lifted his side again with a thundering right-footed effort past the Roots keeper. The goal was Lawson’s fourth of the tournament.

With extra time approaching and the score-line level, the match was waiting on a hero. Yet another substitute for Le Rouge would step in as Ryan Peterson provided the winning moment for City with a spectacularly clever sliding chip over Roots keeper Christian Herrera to propel DCFC to a 2-1 lead.

As both sides entered stoppage time, City relied on their defensive efforts for one last final stand. Playing back, midfielders Evans Frimpong and Connor Rutz provided two remarkable saves off the line in respective minutes.

Defender and team captain Stephen Carroll won the tournament MVP for his efforts. Carroll played every minute over the five matches in the 12-day span for Le Rouge.