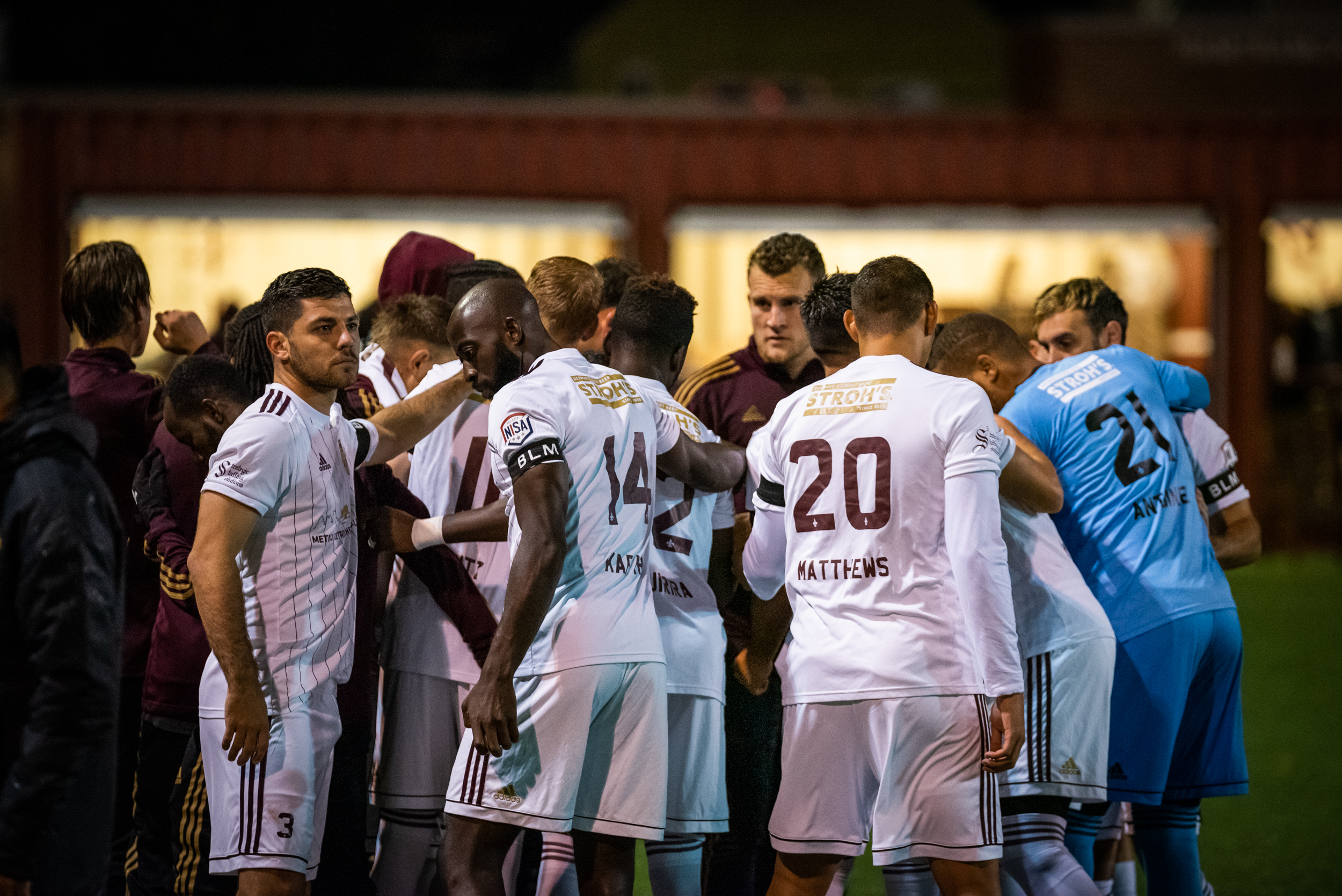 DETROIT, Michigan - The Detroit City FC men’s side takes the pitch on Friday, October 2, with a chance to lift the NISA Fall Championship Tournament trophy. Le Rouge squares off with the Oakland Roots in the championship tilt. Kickoff is set for 6 pm on beIN SPORTS EXTRA.

Both Detroit City and the Oakland Roots come into the championship out of Group A. The Roots took the top seed on goal differential. City defeated the Roots on September 24, 2-1 - with goals from Yazeed Matthews and Shawn-Claud Lawson. DCFC left group play as the tournament’s top scoring team.

Detroit City celebrated a 1-0 victory over the LA Force in the semifinals on Thursday night. Max Todd redirected a shot from Connor Rutz in the 29th minute to beat the Force keeper. LA earned 13 corners, but Jean Antoine made two big diving saves to keep the clean sheet.

This season was City’s first as a professional club. After going 2-0-0 in the Independent Cup Great Lakes Region, Detroit City finished the four-game regular season with five points - going 1-2-1. Le Rouge rebounded from an opening round 2-0 loss to the Michigan Stars on September 21 with three straight victories.

Matt Fondy paces Oakland with two goals through the tournament and two goals in the regular season. Friday’s match marks the last for the Roots in NISA, as the club has opted to join the USL Championship.