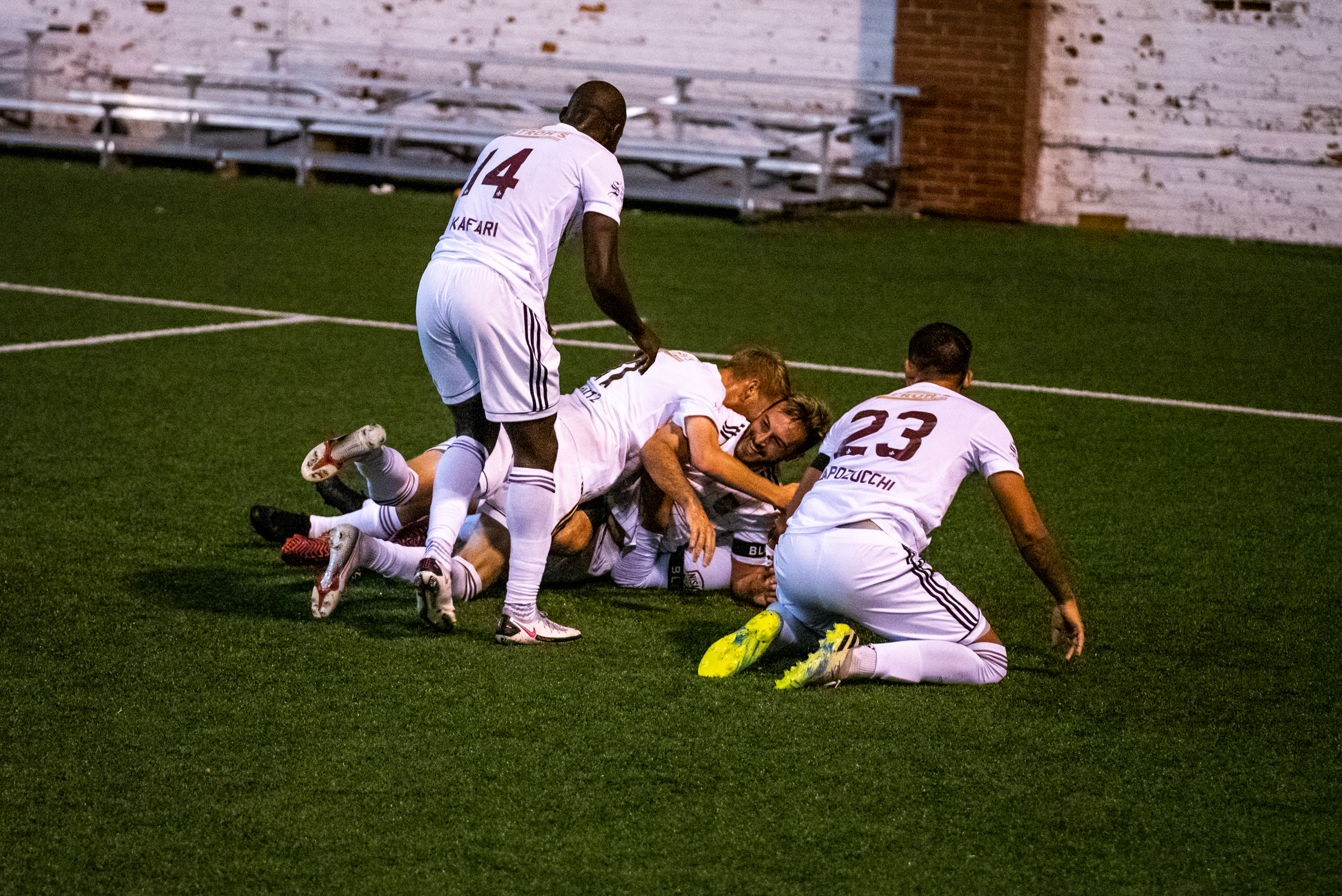 HAMTRAMCK, Michigan - The Detroit City FC men’s side cemented its place in the final of the NISA Fall Championship Tournament with a 1-0 victory over the LA Force on Wednesday night at Keyworth Stadium.

Le Rouge opened the match with early chances as forward Max Todd won a penalty for his City side in the seventh minute. Yazeed Matthews stepped up to take the kick but a diving denial from the Force keeper kept both sides level for the moment.

Soon after, Todd again was at the center of a City opportunity. Connor Rutz fired a shot toward the frame that found Todd for a left-footed finish into the top of the Force net.

For the entirety of the match, the City backline held firm. This has been a strong point for the squad all tournament and it was no different on Wednesday night -  team captain and defender Steve Carroll earned man of the match plaudits in the effort. Le Rouge conceded 13 corners to the Force but maintained excellent organization and handled the danger on each occasion.

Aside from the goal, keeper Jean Antoine had the moment of the match with a stunning sprawling save to his fully extended right side in the 73rd minute en route to a clean sheet.

City will now prepare for a rematch against the Oakland Roots in the final. City defeated the Roots in group play by a score of 2-1 last Thursday evening. The winner of the match will be named the NISA Fall Tournament champion. Kickoff is set for 6 p.m. in Hamtramck.