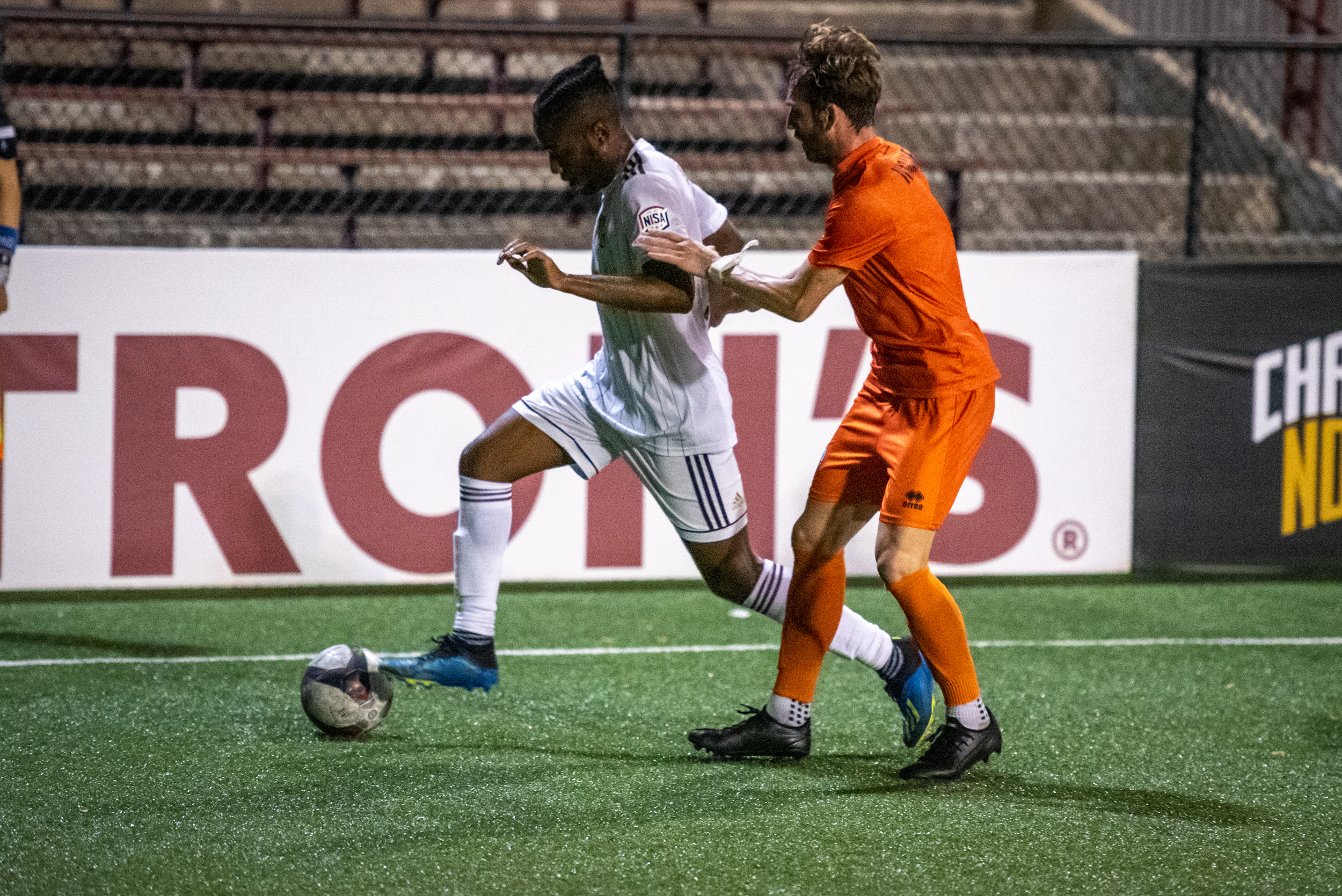 HAMTRAMCK, Michigan - The Detroit City FC men’s side secured its spot in the NISA Fall Championship Tournament semifinals with a 4-2 result over New Amsterdam FC on Sunday night at Keyworth Stadium.

After an opening defeat, City finished group play with back-to-back victories to finish second in Group A. Le Rouge plays the winner of Group B on Wednesday, September 30, at 8 pm.

Le Rouge got off to a flying start with early chances. Striker Max Todd had two near misses in the early stages - both of which grazed the far-left post. Soon after, Kevin Venegas put City on the board in the 10th minute.

DCFC would capture some early breathing room as Michael Kafari found the back of the NAFC net four minutes later.

Much like the second half against the Oakland Roots, City looked to Shawn-Claud Lawson off the bench and he would deliver once again. Lawson, DCFC’s leading goal scorer  - who netted his 40th career goal last match - added two more tallies against New Amsterdam in the 71st and 76th minutes.

Tendai Jirira was named man of the match for his stellar play in the defensive third. While City conceded a pair of goals to New Amsterdam’s Mike Bello in the match, NAFC never got within a goal of Le Rouge because of the squads continued effort of controlling possession.