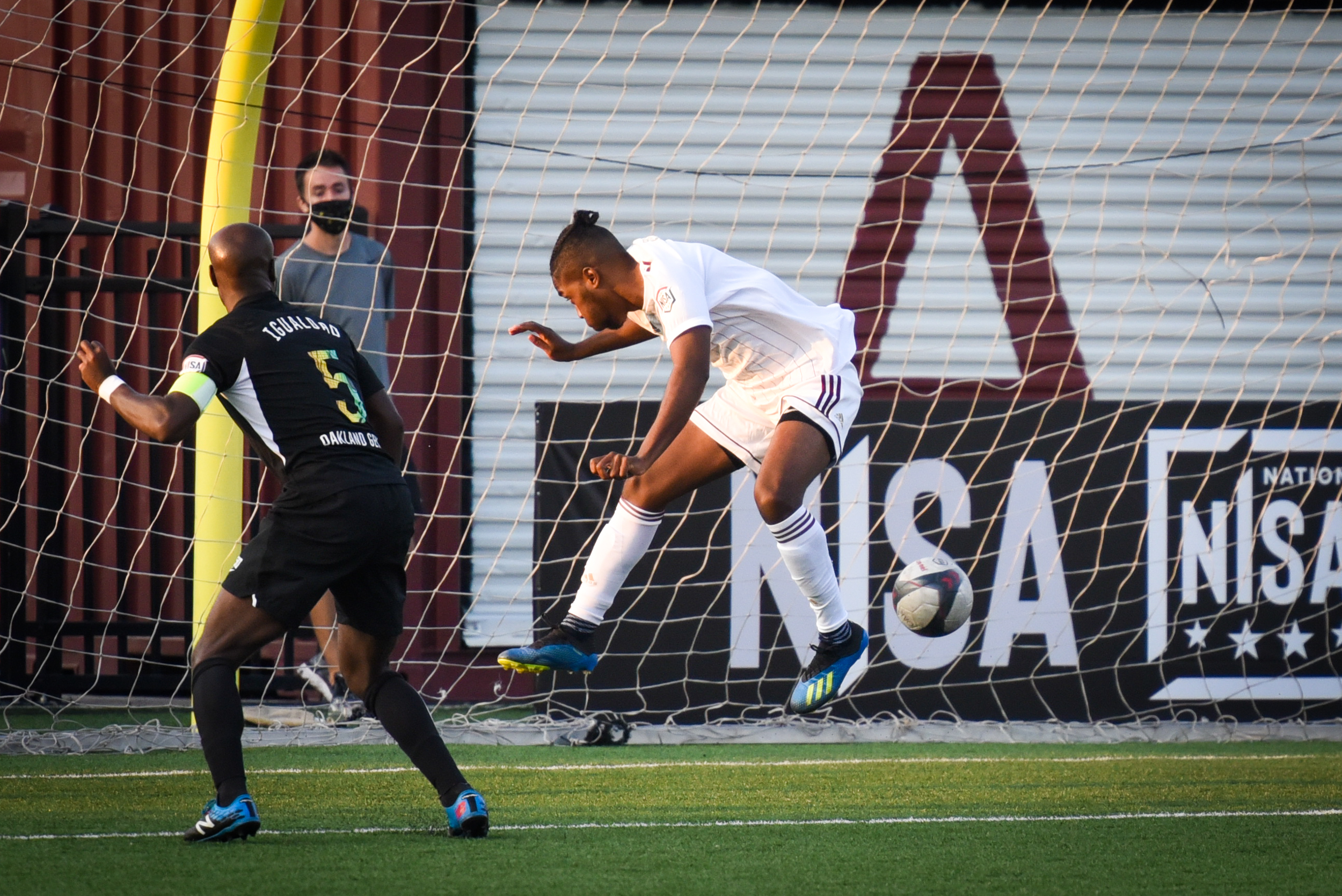 DETROIT, Michigan - Detroit City FC Men conclude the group stage of the NISA Fall Championship Tournament on Sunday, September 27, against New Amsterdam at 8 pm. A win would clinch a spot in the semifinals for Le Rouge.

City enters the final day of Group A off a 2-1 victory over the Oakland Roots on Thursday. Yazeed Matthews netted his second tally of 2020 and first of the tournament to even the score at one aside. Then, in the 79th, none other than the Club’s leading goal scorer Shawn-Claud Lawson finished on the connection from Tendai Jirira to keep Le Rouge’s title hunt alive.

With New Amsterdam’s draw against the Michigan Stars on Thursday, all four teams in Group A come into Sunday with a chance to advance. A win over NAFC - regardless of the result from Oakland versus the Stars - would send Detroit City into Wednesday’s semifinal. A draw against New Amsterdam means City would need a victory out of either the Stars or Oakland to advance.

With goal differential being the first tiebreaker criteria - followed by goals scored and then head-to-head - if both matches on Sunday were to conclude in a draw, then Oakland and the Stars would move out of the group stage.

New Amsterdam played with a two-man advantage for much of the second half. The Stars’ Alexander Satrustegui was sent off in the 22nd minute after two yellows in a span of three minutes. In the 53rd, Remy Tazifor was presented a straight red. NAFC would score twice but the Stars had an answer to both tallies.

Sunday marks the second meeting this month between the sides, as Le Rouge defeated NAFC, 3-0, on Sept. 5 at Keyworth. Connor Rutz finished with a brace.

For a full look at the group standings, visit nisaofficial.com/standings.

Due to the state's existing Executive Order related to sporting events, fans will not be permitted to attend. The match will air on beIN SPORTS EXTRA.