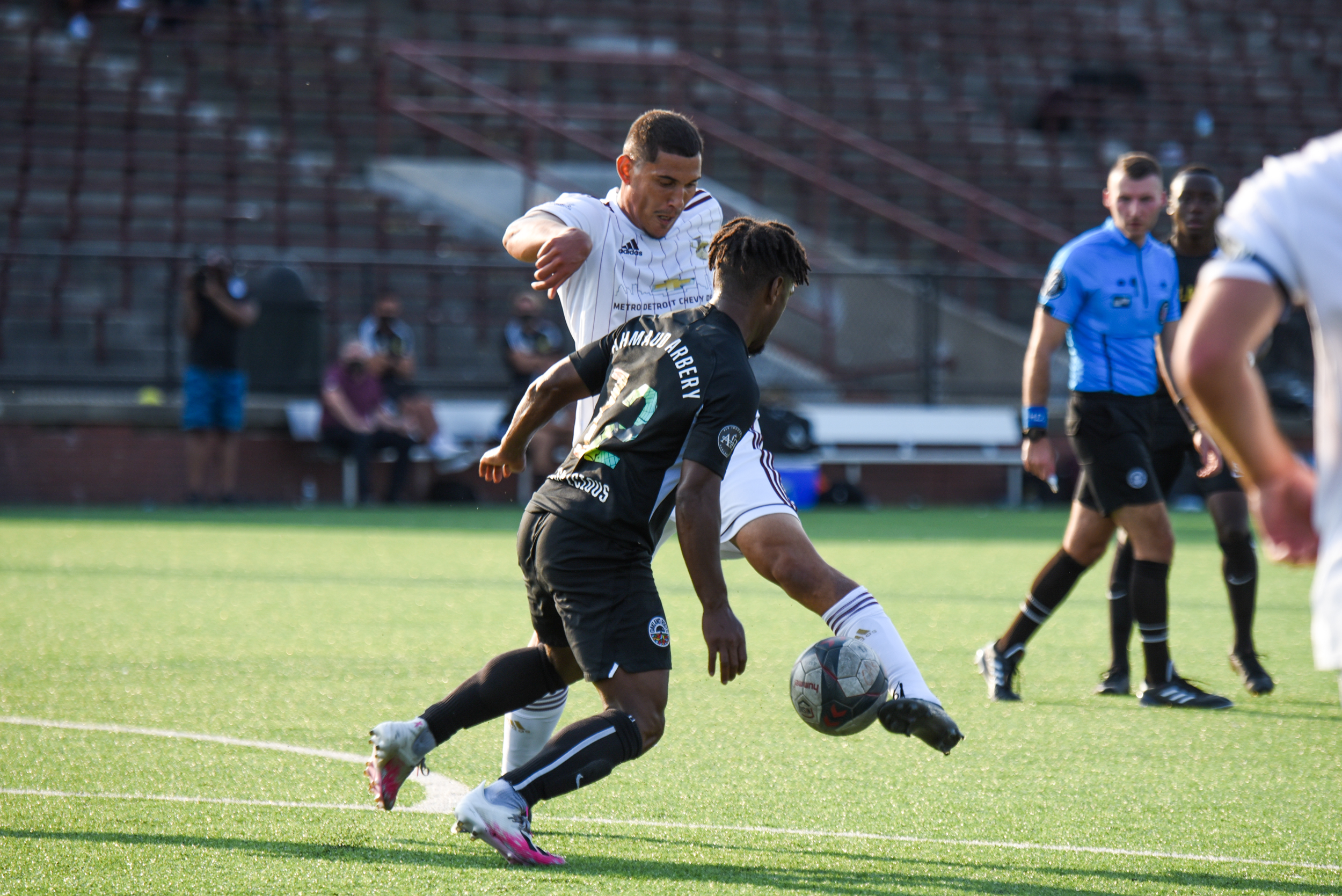 Much of the first half was back and forth as Le Rouge and Oakland traded chances. City’s best opportunity of the first 45 minutes came from a cross near the back post which just eluded the leaping head of Yazeed Matthews. In the 38th minute, keeper Jean Antoine made a stunning save off an Oakland set piece to keep the sides scoreless.

The Roots kept applying pressure over the final five minutes of the half which paid off with the match's opening goal just into stoppage time.

Needing a strong second half performance, DCFC started off with urgency and authority with lots of pressure in the Oakland side of the pitch. In the 54th minute, unlike the first half,
Matthews - the evening’s Man of the Match - was able to capitalize and find the back of the Roots’ net with a lovely back-heeled flip to get City back on level terms.

With a spark of speed in mind, Detroit City FC gaffer Trevor James looked to striker Shawn-Claud Lawson off the bench. The switch paid dividends as Lawson gave City their first lead of the tournament with a point-blank shot from the cross of Tendai Jirira in the 79th minute. It was Lawson’s 40th goal in his career with City.

DCFC held firm to capture all three points and a boost of positive energy heading into the final match. City will conclude play in Group A with a contest against New Amsterdam this Sunday at Keyworth. Le Rouge defeated NAFC on September 5th 3-0. Kickoff is set for 8PM.