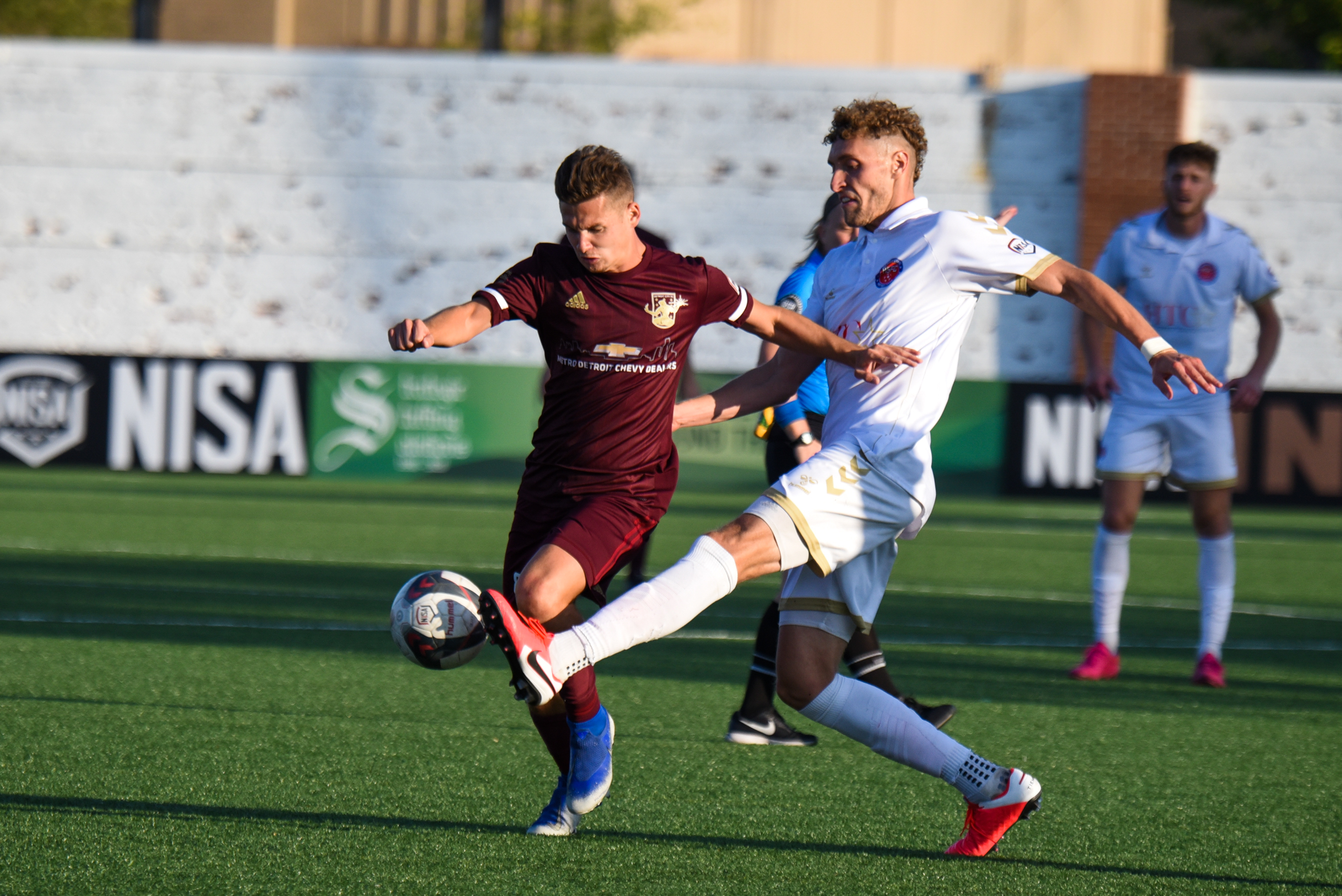 HAMTRAMCK, Michigan – The Detroit City FC men’s side fell to the Michigan Stars by a score of 2-0 in their opening match of the 2020 Fall NISA Championship Tournament on Monday evening at Keyworth Stadium.

The match started off slowly for both sides but saw the Stars control most of the possession. DCFC didn’t register a shot on net in the first 45 minutes but the City backline held strong defending a number of set pieces.

Le Rouge started the second half with promise as Yazeed Matthews sent a rebounded shot sailing just over the top of the Stars’ cross bar. Soon after in the 52nd minute, the Stars struck for the opening goal of the match when Gonnie Ben-Tal beat Parker Siegfried with a header to find the back of the City net.

Just eight minutes later, Tomas Bernedo doubled the Stars lead with a leaping header just inside of the City box. From there, Le Rouge pushed forward and were able to invent a few chances but were unable to find the Stars net. DCFC has now been held scoreless in their previous two matches, the last a 0-0 draw against the New York Cosmos on September 9th.

City will now prepare to face off with the Oakland Roots this upcoming Thursday for the second match of the group stage. Kickoff is slated for 5PM at Keyworth on beIN SPORTS EXTRA.