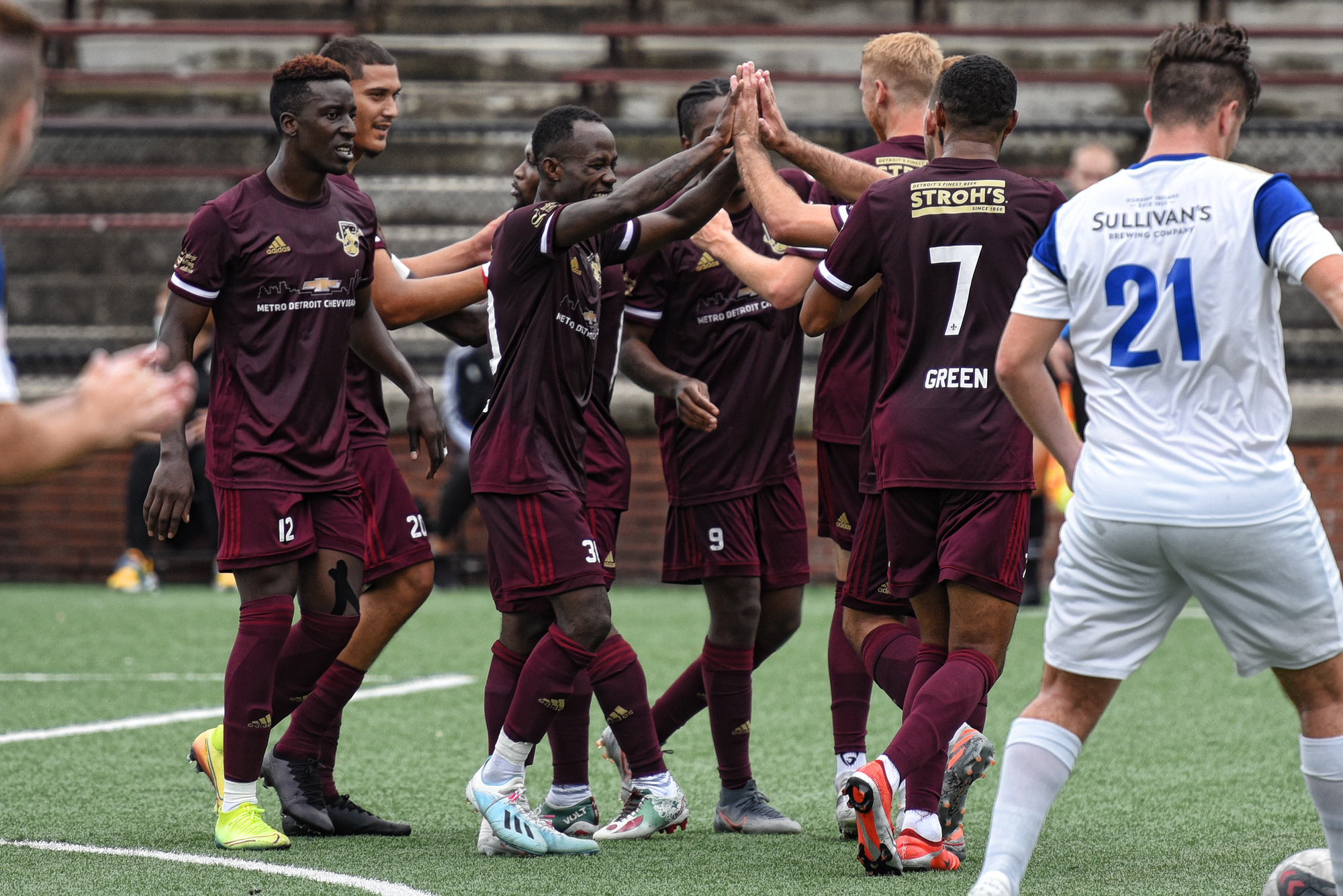 Three of the four clubs representing Group A come from the Eastern Conference. In the regular season matchup with the Stars, Le Rouge generated several scoring opportunities early in the second half before Michael Kafari was presented a straight red in the 58th minute. The red card was later appealed and rescinded.

The competition will consist of a round robin format followed by semifinal games and concluding with a championship match.

Connor Rutz leads Detroit City with four goals through seven matches in 2020. Rutz scored a brace against New Amsterdam on September 5. Shawn-Claude Lawson has added to his club-leading goal tally, finding the back of the net three times this season. Lawson has scored 39 goals for Le Rouge since 2013.

In 2019, DCFC posted nine-straight clean sheets. That defensive effort has continued over into City’s first professional season in NISA. Through seven matches in 2020, Detroit City has posted six shutouts.

Since the regular season finale in New York, City has welcomed back forward Max Todd, along with midfielders Bakie Goodman and Cyrus Saydee. Saydee and Todd rank second and fourth, respectively, on the all-time goals list for the Club.

Detroit City FC owns a 2-0-1 mark against the Stars at Keyworth since 2016, outscoring MSFC 6-3. Of those six goals, five are on the roster heading into the bubble - Todd scored two, Roddy Green one, Saydee one and a tally from now assistant coach Javi Bautista.

The 2020 NISA Fall Championship Tournament will be broadcast by beIN SPORTS EXTRA. Ways to watch can be found below.

Watching Internationally:
beIN SPORTS XTRA is available in Canada via The Roku Channel, Samsung TV Plus and XUMO TV