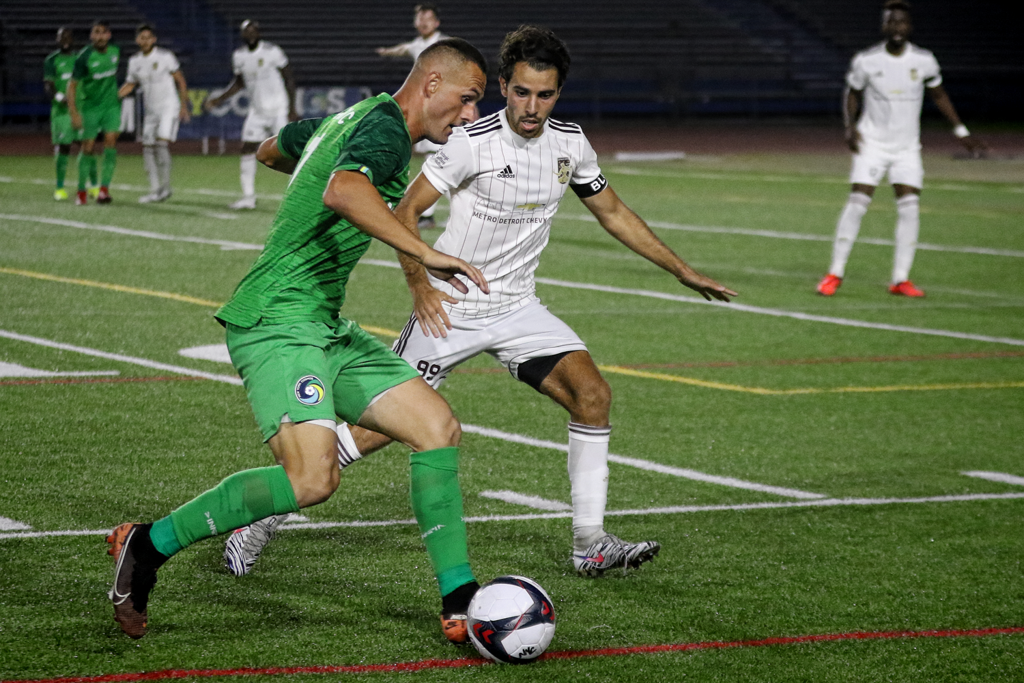 UNIONDALE, New York - The Detroit City FC men’s side concluded its 2020 NISA regular season with a 0-0 draw against the New York Cosmos at the Mitchel Athletic Complex in Uniondale on Wednesday night.

New York controlled most of the possession throughout the match, but a strong defensive effort from Tendai Jirira - the Man of the Match - and the rest of the City back four held the Cosmos scoreless.

DCFC has held three consecutive clean sheets and six out of seven matches in 2020. Wednesday night saw two keepers split time in frame for Le Rouge as Jean Antoine started the match and Parker Siegfried - signed this week - made his debut for City in the second half.

Connor Rutz and Shawn-Claud Lawson entered the match as the leading scorers for City but were unable to construct any serious threat on the New York net. The closest opportunity for Le Rouge came late in the second half as a cross from a streaking Ryan Peterson nearly missed the feet of Evans Frimpong for a one-time effort.

Up next for Detroit City is the NISA Fall Tournament from September 21st - October 2nd.