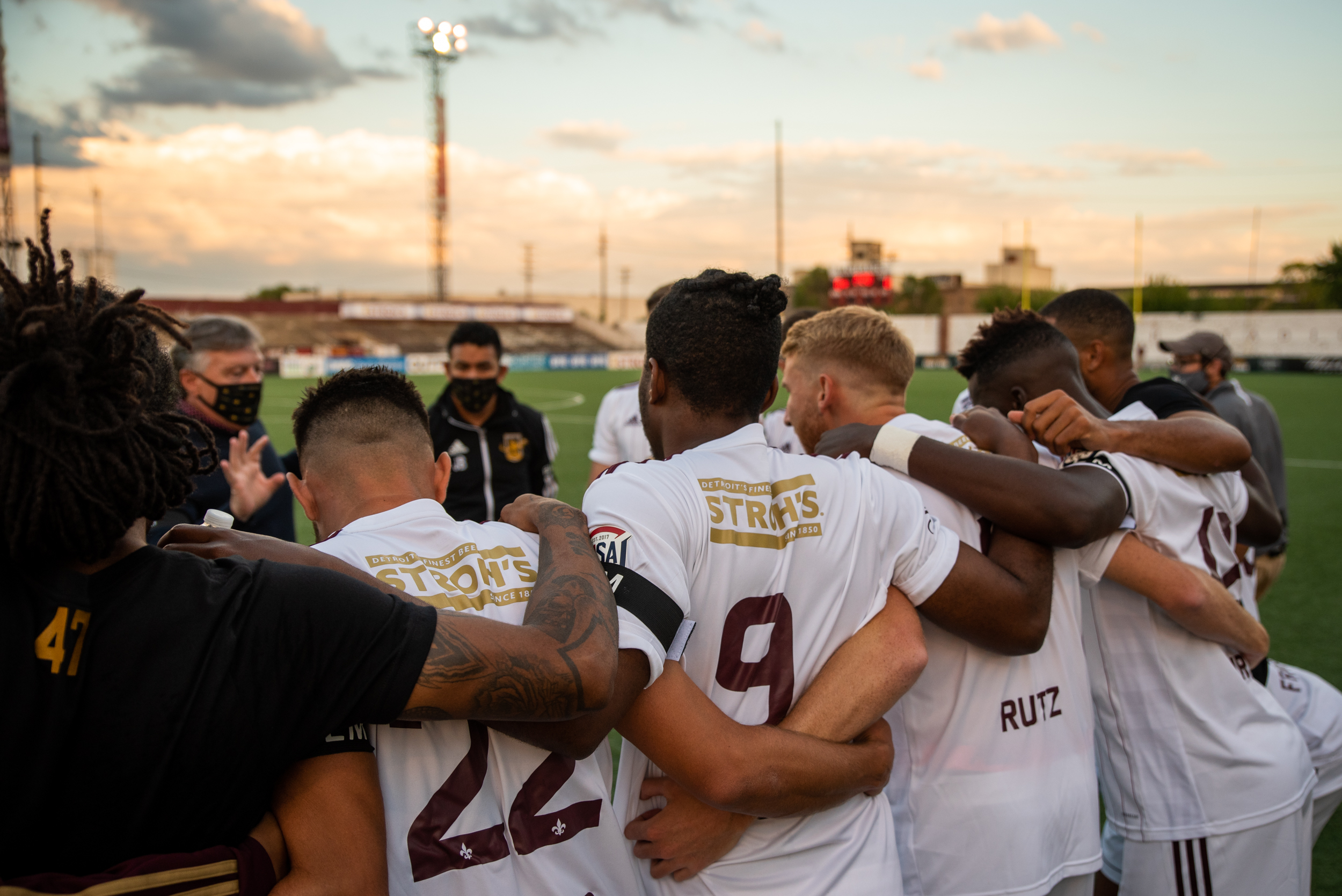 DETROIT, Michigan - The Detroit City FC men’s team travels to New York to close out fall league play against the Cosmos. Kickoff from the Mitchel Athletic Complex in Uniondale, New York, is set for 7 pm.

Le Rouge and New York come into Wednesday’s contest with four points aside in league play - a point out of first behind the Stars. Detroit City captured a big three points over New Amsterdam FC on Saturday night, blanking the visitors 3-0. Forward Connor Rutz was the Man of the Match, finishing with two goals. Rutz leads the team with four goals in all competitions this year. Forward Shawn-Claud Lawson netted his 39th career goal for City in the outing while the backline posted its fifth clean sheet of 2020 - third for keeper Nate Steinwascher.

This week’s trip to New York marks just the third road contest in 2020 for the men’s team and second this fall. DCFC opened the spring slate with a 2-0 win at the LA Force before the season was canceled due to the Covid-19 pandemic. City battled a man down for more than 30 minutes in Pontiac, playing to a scoreless draw at the Stars.

New York has played just two league matches this fall, drawing 1-1 against the Stars before defeating NAFC, 3-1. Bledi Bardic leads NYC with two tallies in NISA play. Ansi Agolli paces the league with two assists this fall. The Cosmos finished with two points in the Mid-Atlantic region of the Independent Cup, playing New Amsterdam and the Maryland Bobcats to a 1-1 draw, respectively.

The match between Le Rouge and the Cosmos was originally scheduled for August 29. Following the shooting of Jacob Blake, the players of City decided as a team to boycott the match in protest of social injustice. Shortly after the announcement, New Amsterdam FC canceled its match at Chattanooga.

Wednesday’s match will be streamed through MyCujoo and can be viewed at detcityfc.com/watchcity.