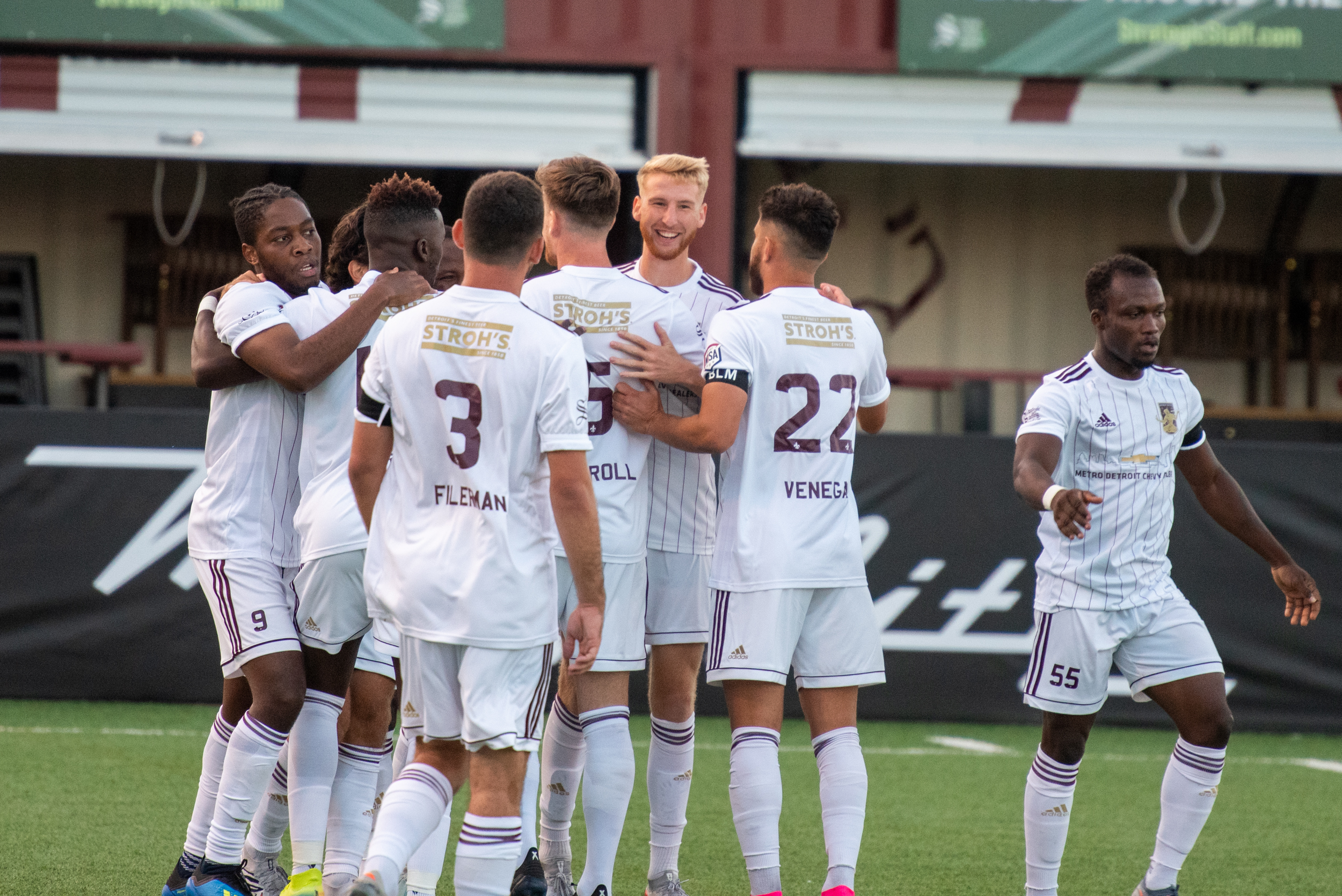 HAMTRAMCK, Michigan – The Detroit City FC men’s side secured its first victory of the 2020 NISA fall season with a 3-0 result over New Amsterdam FC on Saturday night at historic Keyworth Stadium.

DCFC got off to a fiery start with some early chances. City forward and man of the match Connor Rutz capitalized on the quick opportunities as he found the back of the net in the seventh minute for his third goal since joining the club this season.

Not to be outdone, Shawn-Claud Lawson doubled the DCFC lead just four minutes later with his third goal in all comps to add some early breathing room. Lawson has netted 39 career goals for Le Rouge.

New Amsterdam generated very little pressure throughout the match, but their task was made substantially harder when NAFC’s Mahmoud Keita was shown a second yellow in the 41st minute. Detroit City took its 2-0 edge to the locker room.

Le Rouge continued to push the 10-man New Amsterdam side in the second half when Rutz powered a right-footed shot into the lower corner of the net in the 61st minute for his second goal of the match, giving City a 3-0 lead.

Two more red cards would be awarded in the second half - one to City’s Elijah Rice.

Up next for Le Rouge is a rescheduled match with the New York Cosmos this Wednesday in Uniondale NY. First kick is slated for 7pm.