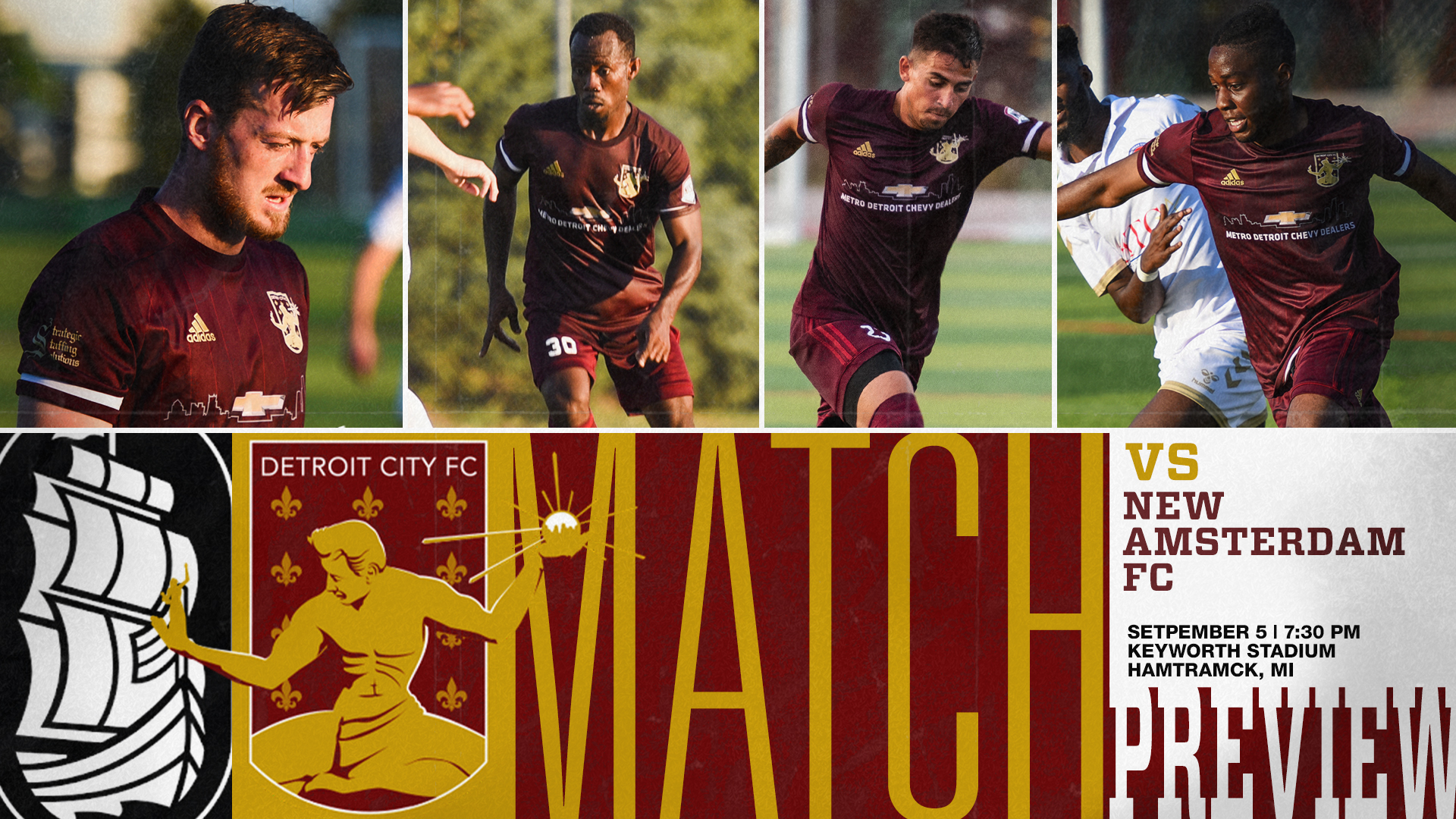 DETROIT, Michigan - The Detroit City FC men’s side squares off against New Amsterdam FC for the first time in club history. Kickoff from Keyworth Stadium is set for 7:30 p.m.

The Detroit City Clubhouse will be hosting an outdoor viewing party on Saturday. Please follow the button below to reserve a seat as capacity is limited to ensure safe social distancing. The outdoor bar area will be covered with televisions and a projector setup to watch City versus New Amsterdam. A limited Clubhouse menu will be available featuring pies, pies, pies. Gates open at 6 pm. Masks are required.

Last time out, Le Rouge battled down a man for 32 minutes at the Ultimate Soccer Arena, playing the Stars to a scoreless draw. After an appeal, the straight red presented to Michael Kafari was rescinded the following week.

New Amsterdam opened its league campaign against the Cosmos last time out. After playing to a 1-1 draw against New York in the Independent Cup, NAFC surrendered a pair of tallies in the second half to the Cosmos. New Amsterdam dropped its remaining Independent Cup matches to FC Baltimore Christos and Maryland Bobcats FC.

After scoring six goals in two matches to claim the Great Lakes Region of the Independent Cup, Le Rouge’s offense has been held scoreless through two league matches. Shawn-Claude Lawson and Connor Rutz come into the weekend as City’s leading goal scorers in 2020, each netting two thus far.

Both Detroit City and New Amsterdam made the decision to not play last weekend’s contests in protest of the shooting of Jacob Blake and the social injustice toward Black lives across the country.

New Amsterdam was to make the trip to Chattanooga. That match will be played on September 16. City will travel to New York on Wednesday, September 9, to conclude the regular season against the Cosmos.