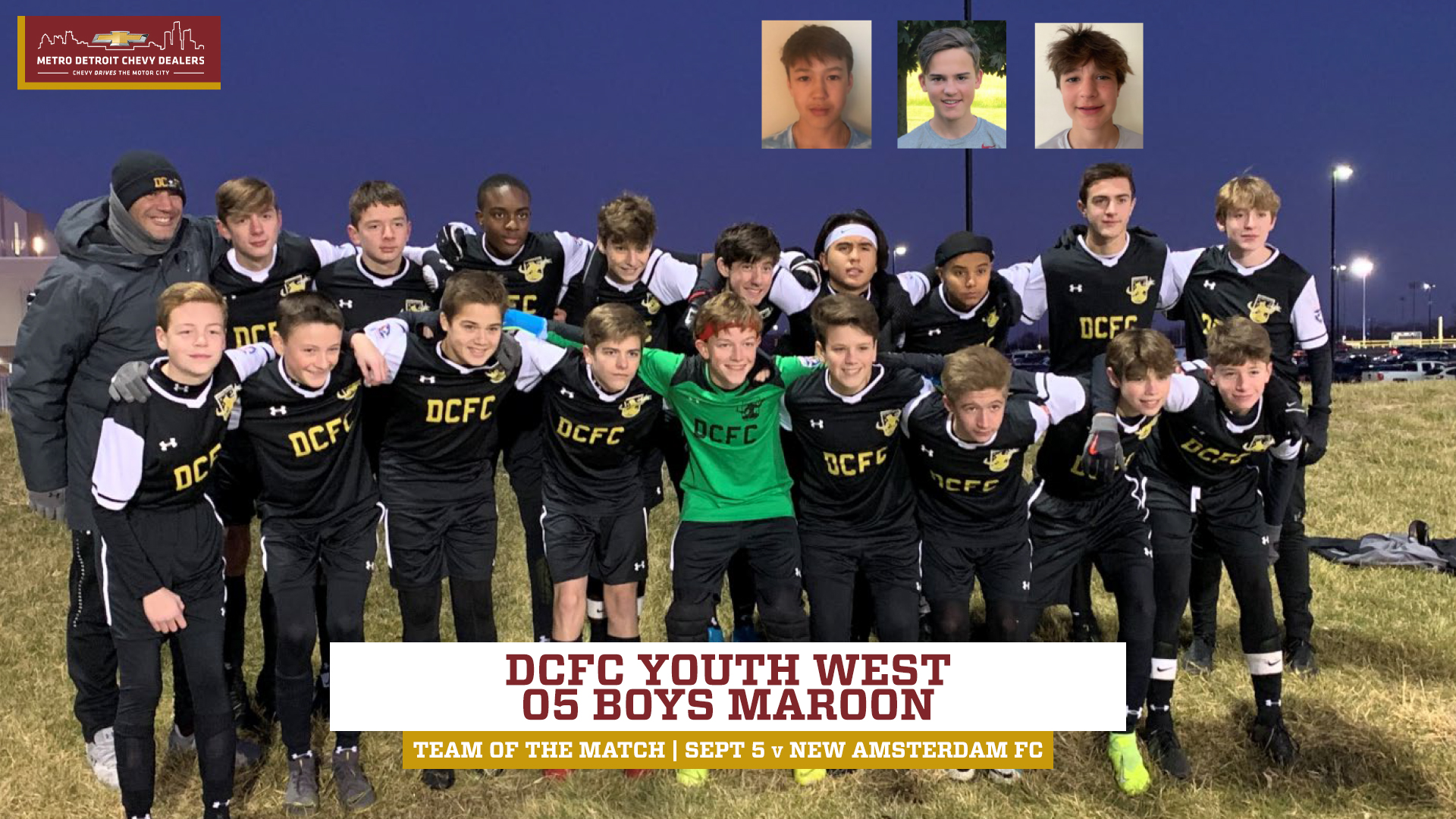 DETROIT, Michigan - Detroit City FC, Detroit’s professional soccer team, is proud to join the Metro Detroit Chevy Dealers in recognizing DCFC Youth West 05 Boys Maroon for their work on and off the pitch.

Beyond performance on the field, DCFC Youth West 05 Boys Maroon has been a leader in the community, giving back in many ways. Last fall, the team collected money and assembled self-care bags for the Women's Veterans Stand Down event on November 2. In December, the team worked with United Way to sponsor a local teenage girl for Christmas - purchasing and wrapping gifts to cover everything on her Christmas list, plus several additional clothing items and gift cards.

“We believe that there should be more to youth soccer than the lessons learned on the field,“ Sean Mann, Detroit City FC CEO. “We appreciate having the opportunity to work with the Metro Detroit Chevy Dealers to highlight teams like DCFC Youth West 05 Boys Maroon that are learning the importance of community and service through the beautiful game.”

The DCFC Youth West 05 Boys Maroon team will be featured during the September 5 broadcast of Detroit City FC vs New Amsterdam FC. With no fans permitted at Keyworth Stadium for the safety of players, staff and fans, the live stream of the match can be found at detcityfc.com/watchcity.