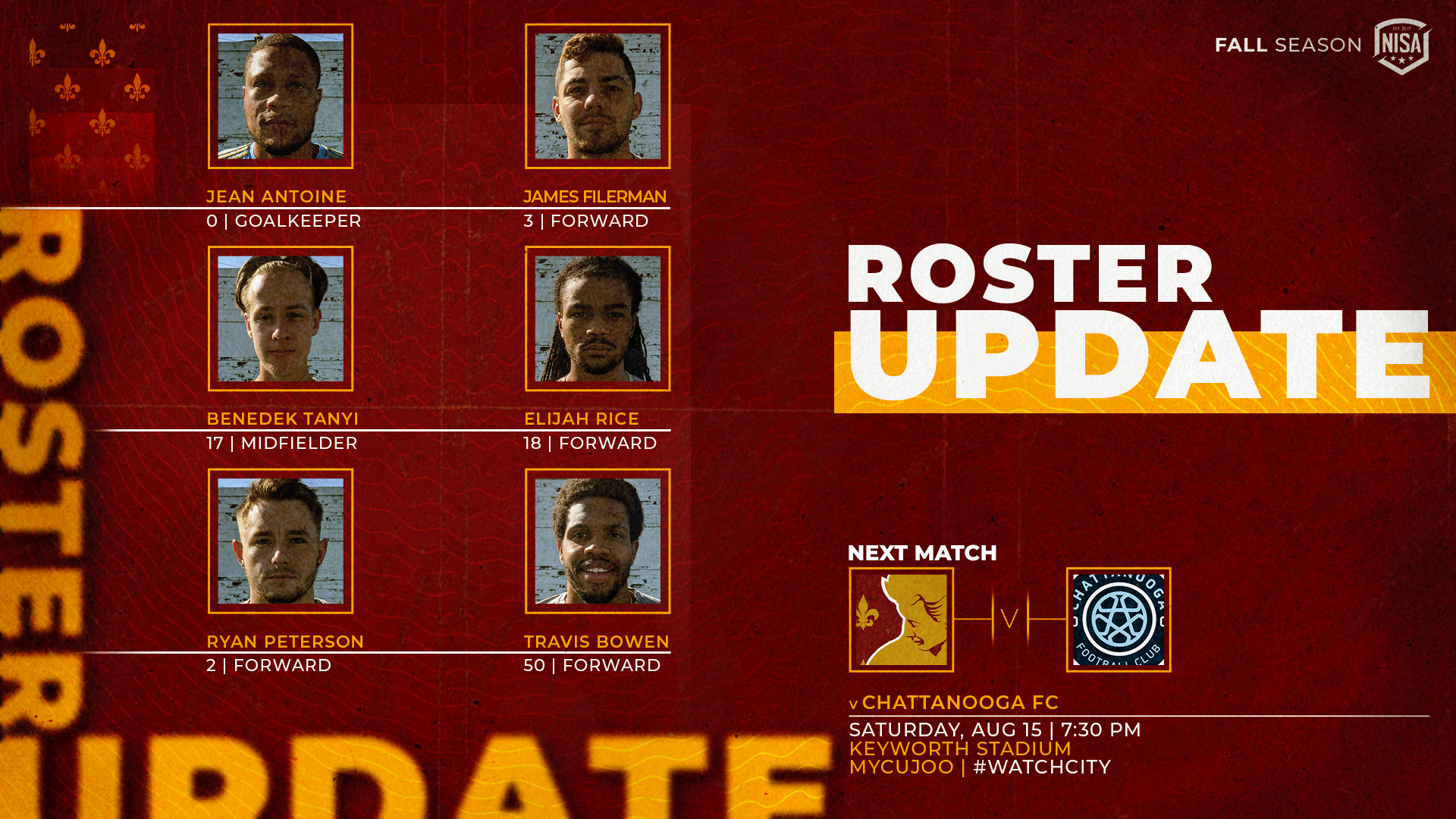 DETROIT, Michigan - The Detroit City FC men’s side announced roster updates heading into the fall’s NISA opener against Chattanooga FC. Le Rouge has officially inked six additions to its roster from the spring.

The gaffer, Trevor James, brought in several trialists for the NISA Independent Cup and to add depth from the spring. After their performances in the Great Lakes Region title efforts, James inked the following trialists to the fall roster:

Antoine comes to Detroit most recently from 1904 FC. He made two appearances in the Independent Cup, helping Le Rouge maintain a pair of clean sheets.

Filerman had an impressive showing at the Independent Cup, finishing as Man of the Match against FC Buffalo on August 2. Filerman finished the weekend with a pair of helpers in two starts.

Rice is no stranger to Detroit, having previous stints with the club. He was a contributor to the 2017 side that brought home the NPSL Midwest Region title.

After spending the spring campaign with Stumptown, Peterson officially returns to DCFC. He made appearances in both NISA Independent Cup efforts, starting against Cleveland SC. He tallied the first goal of the campaign on a diving header at the far post off the cross by Roddy Green.

Bowen rounds out the roster additions heading into this weekend’s match with Chattanooga FC. Bowen played collegiately at Oxnard with stints with Phoenix FC and LA Galaxy II. He played in Macedonia before returning to California with FC Golden State.

Goalkeeper Austin Rogers - who started in February’s 2-0 victory at LA Force and July’s 3-0 victory against Cleveland SC - has left the club to pursue a playing opportunity overseas.

Due to the state's existing Executive Order related to sporting events, fans will not be permitted to attend Saturday’s match at Keyworth Stadium. Kickoff against Chattanooga is set for 7:30 pm Listen to Neal Ruhl, John Kreger and Daniella Bruce on the call at detcityfc.com/watchcity.