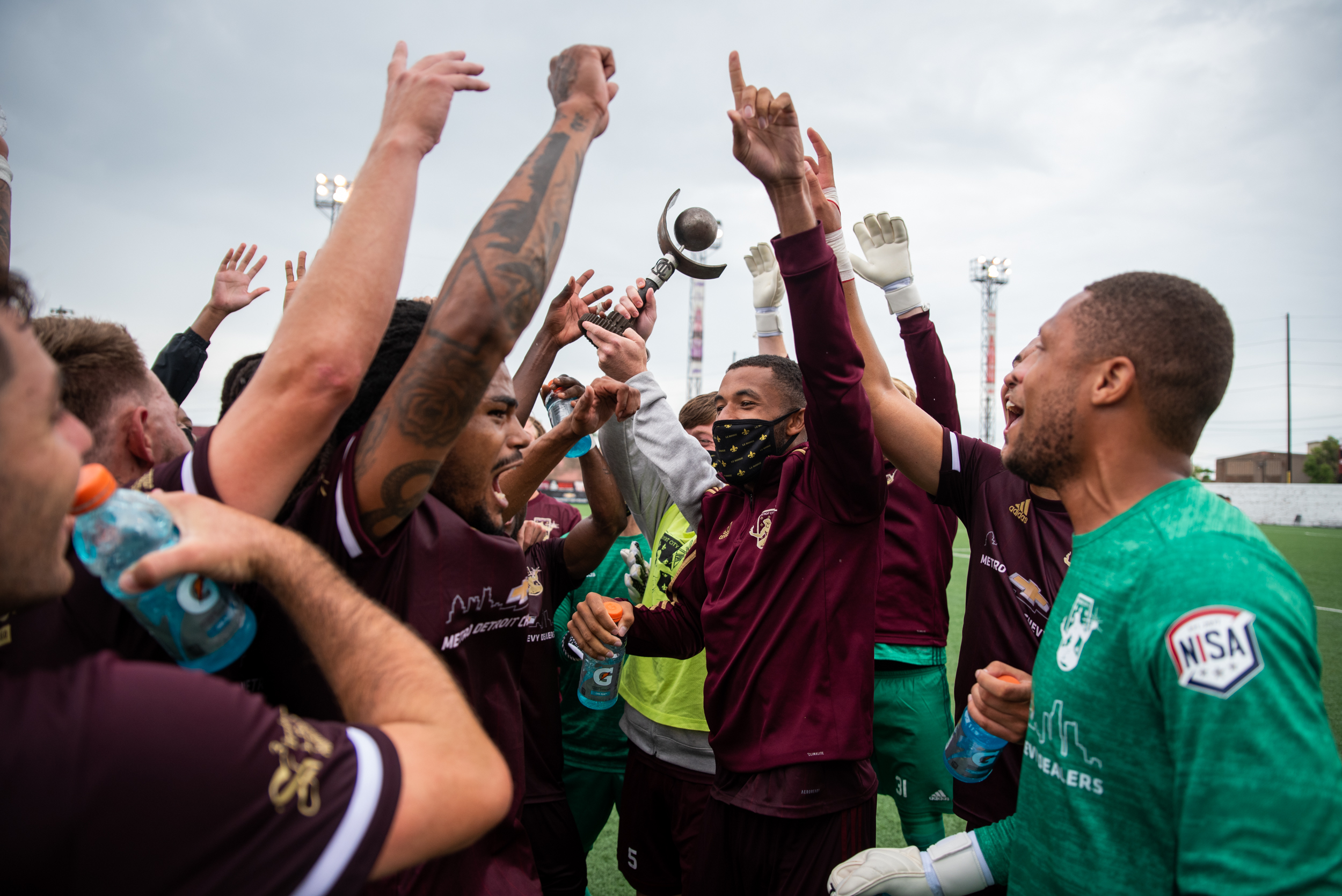 HAMTRAMCK, Michigan – Before Friday night, the Detroit City FC men’s side had only played one 11 aside match since March. But from their play over the weekend, it wasn’t apparent at all as the Le Rouge men defeated FC Buffalo 3-0 on Sunday afternoon at historic Keyworth Stadium to clinch the Great Lakes Region of the inaugural NISA Independent Cup.

Similar to Friday’s tilt against Cleveland SC, City controlled the match from the opening kick. It didn’t take long for Le Rouge to get out in front as Yazeed Matthews scored his first goal of the season off an assist from Evans Frimpong.

Soon after Detroit City took the 1-0 lead, there was a nervous moment as Buffalo was awarded a penalty for a DCFC handball in the box. What would’ve been a quick answer from FCB was denied by a brilliant diving save from keeper Nathan Steinwascher.

Le Rouge tallied two more goals before the end of the half as Shawn-Claud Lawson scored his second goal of the campaign in the 31st minute. Connor Rutz continued his man of the match level of play from Friday with a goal just four minutes later to give City a 3-0 lead.

A brief halftime downpour slowed the field for the second half and FC Buffalo was unable to mount any type of pressure on the City backline. DCFC held two clean sheets for the weekend with matching score lines of 3-0.

Jimmy Filerman was named man of the match for his efforts, finishing with one assist.

Up next for City is the start of NISA play with Chattanooga FC on August 15th at Keyworth Stadium. Kickoff is set for 7:30pm and will stream at detcityfc.com/watchcity.