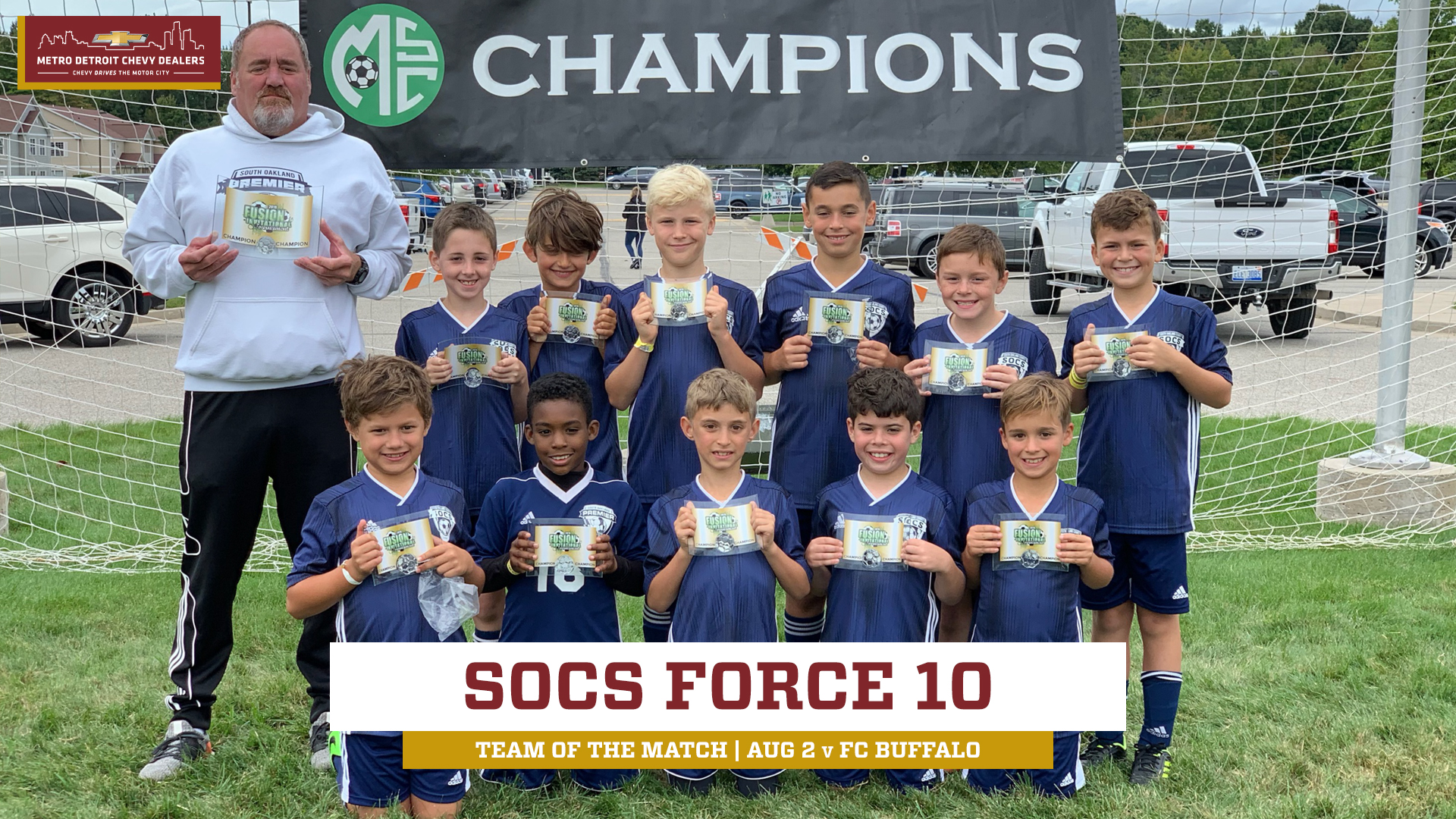 DETROIT, Michigan - Detroit City FC, Detroit’s professional soccer team, is proud to join the Metro Detroit Chevy Dealers in recognizing South Oakland CountySoccer Force 10 for their work on and off the pitch.

Beyond performance on the field, SOCS Force 10 Rouge has been a leader in the community, giving back in many ways. In mid-April, the SOCS Force 10 boys team coach became ill with Covid-19 and unable to work for several weeks while quarantined. Upon learning their coach was suffering from Covid-19, the families of the team raised more than $2,500 in donations and put together a coronavirus rescue package.

The SOCS Force 10 families demonstrated what it means to be part of a community-based soccer club, where players, parents and staff quickly come together with purpose to help our members in times of need.

“We believe that there should be more to youth soccer than the lessons learned on the field,“ Sean Mann, Detroit City FC CEO. “We appreciate having the opportunity to work with the Metro Detroit Chevy Dealers to highlight teams like SOCS Force 10 that are learning the importance of community and service through the beautiful game.”

The SOCS Force 10 team will be featured during the August 2 broadcast of Detroit City FC vs FC Buffalo. With no fans permitted at Keyworth Stadium for the safety of players, staff and fans, the live stream of the match can be found at detcityfc.com/watchcity.