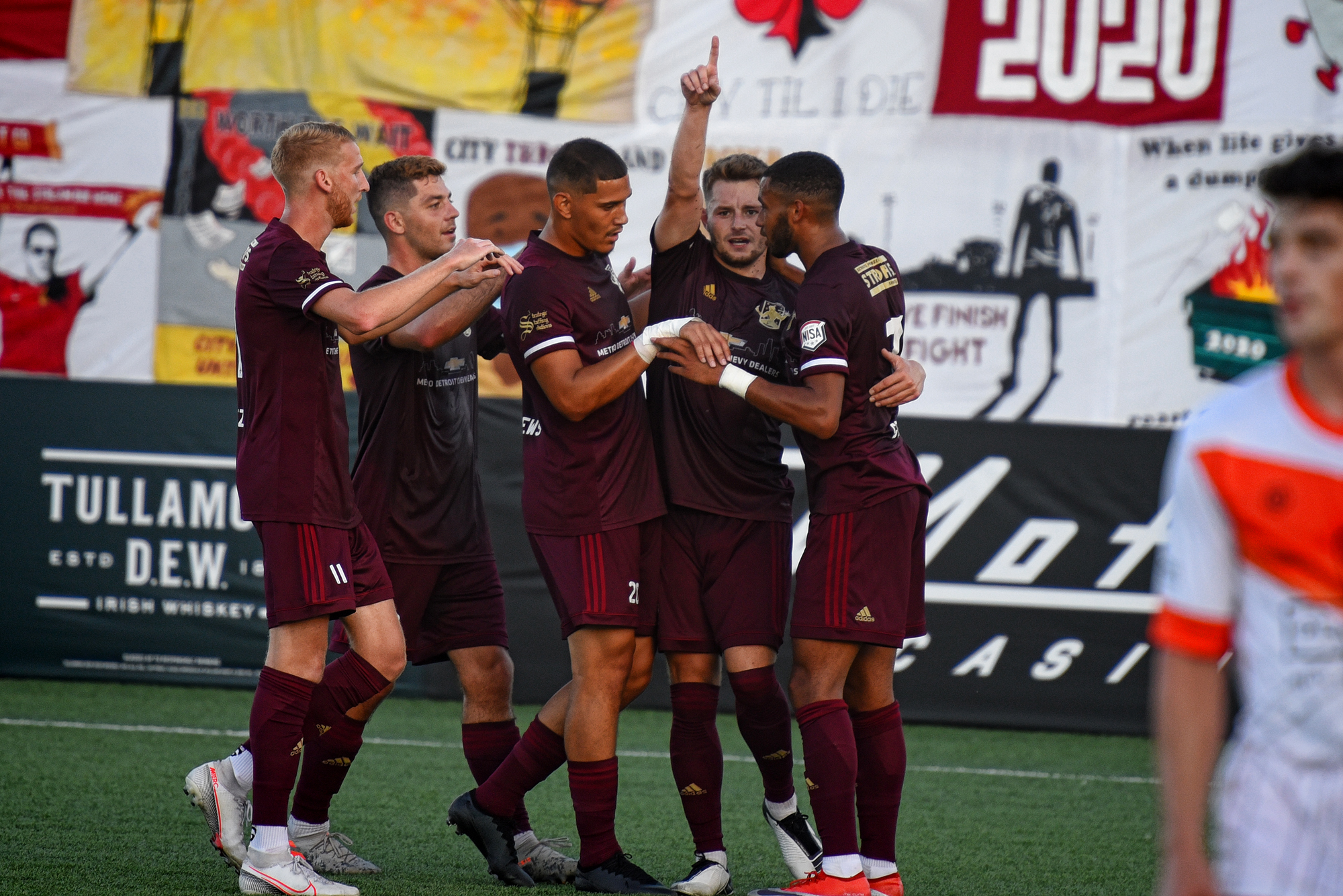 With league play opening on August 8, City sits week one out with a bye before welcoming a familiar foe in Chattanooga FC to Keyworth.

Le Rouge will spend two-consecutive weeks on the road, making the short trip to the Ultimate Soccer Arena on August 22 to face off with the Michigan Stars, then travel to New York on August 29 for a tilt with the Cosmos.

Detroit City concludes regionalized-league play at home on September 5 against  New Amsterdam FC. New Amsterdam is a first-year club that joined the league in April of 2020.

Both home matches will be streamed  at detcityfc.com/watchcity. Kickoff times for contests at Keyworth are set for 7:30 pm, while both road games will commence at 7 pm.

Fall 2020 Single Location Tournament:
Resulting in a single Fall champion Fall Schedule
Broadcasting: Regionalized competition will be live streamed by MyCujoo.
Tournament Broadcasting will be announced at a later date.

The broadcasts of the club’s remaining matches will feature a retro-style telethon supporting the Club’s Be An Owner campaign produced in partnership with the Planet Ant theatre company, as well as Former Co. and Aninterval. Detroit City FC matches can be streamed around the globe at www.detcityfc.com/watchcity.

Due to the state's existing Executive Order related to sporting events, fans will not be permitted to attend matches this fall.

2020 season ticket holders will have the option to trade your season ticket for an official equity stake in the organization as part of DCFC’s Investment campaign.

In the coming days, eligible season ticket holders will receive a coupon worth the equivalent of the cost of your season ticket, along with detailed instructions on the process to convert that into a purchase of equity in the club.

In the event that you prefer to not take advantage of this historic investment opportunity, we will gladly carry over your season ticket for an equivalent season ticket for the 2021 season. If you choose, you also have the option of contributing to the future of the club by donating your previous contribution back to the club, and purchasing a season ticket with us in the upcoming offseason.  We also appreciate that this is a tough financial time for many in our community and if you need a refund for your 2020 season ticket, we’re glad to accommodate you.