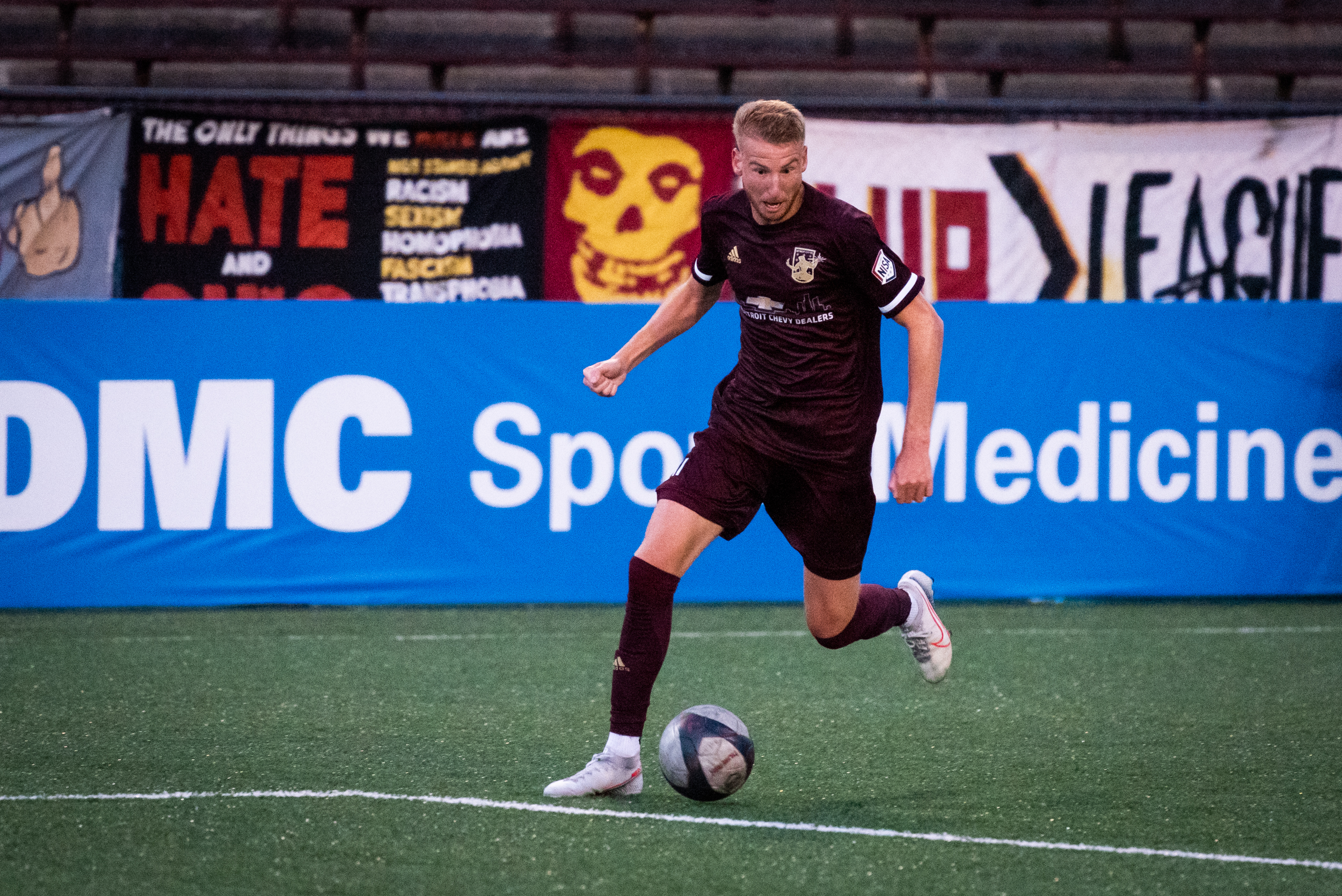 HAMTRAMCK, Michigan  – For the first time in 2020, the Detroit City FC men took to the pitch at historic Keyworth Stadium in Hamtramck on Friday night where Le Rouge defeated visiting Cleveland SC, 3-0, to open the Great Lakes region of the NISA Independent Cup.

From the opening kick, City dominated possession using speed to the outside as Cleveland entered the match with a much more physical approach.

Le Rouge knocked on the doorstep for much of the first half but continued to come away empty until the 41st minute when a right footed cross from Roderic Green found the diving head of City forward Ryan Peterson to give his side a 1-0 advantage. Cleveland created a few chances late in the first half but were unable to capitalize as the sides entered the break with DCFC up one.

City continued to press into the SC side as the second half got under way. Le Rouge looked to send balls into dangerous areas from out wide and create opportunities.

This worked for City throughout the match as Cleveland was called for a foul just outside their 18-yard box in the 52nd minute. Forward Connor Rutz stood over the set piece before thrashing it past Cleveland keeper Conor Cable to double DCFC’s lead.

Rutz, who was named player of the match, then found a streaking Shawn-Claud Lawson down the Cleveland left side in the 65th minute who found the back of the net and gave City all the breathing room they would need up three goals to the good.

Up next for Le Rouge is a Sunday afternoon tilt with FC Buffalo. Opening kick in Hamtramck is set for 3 pm.