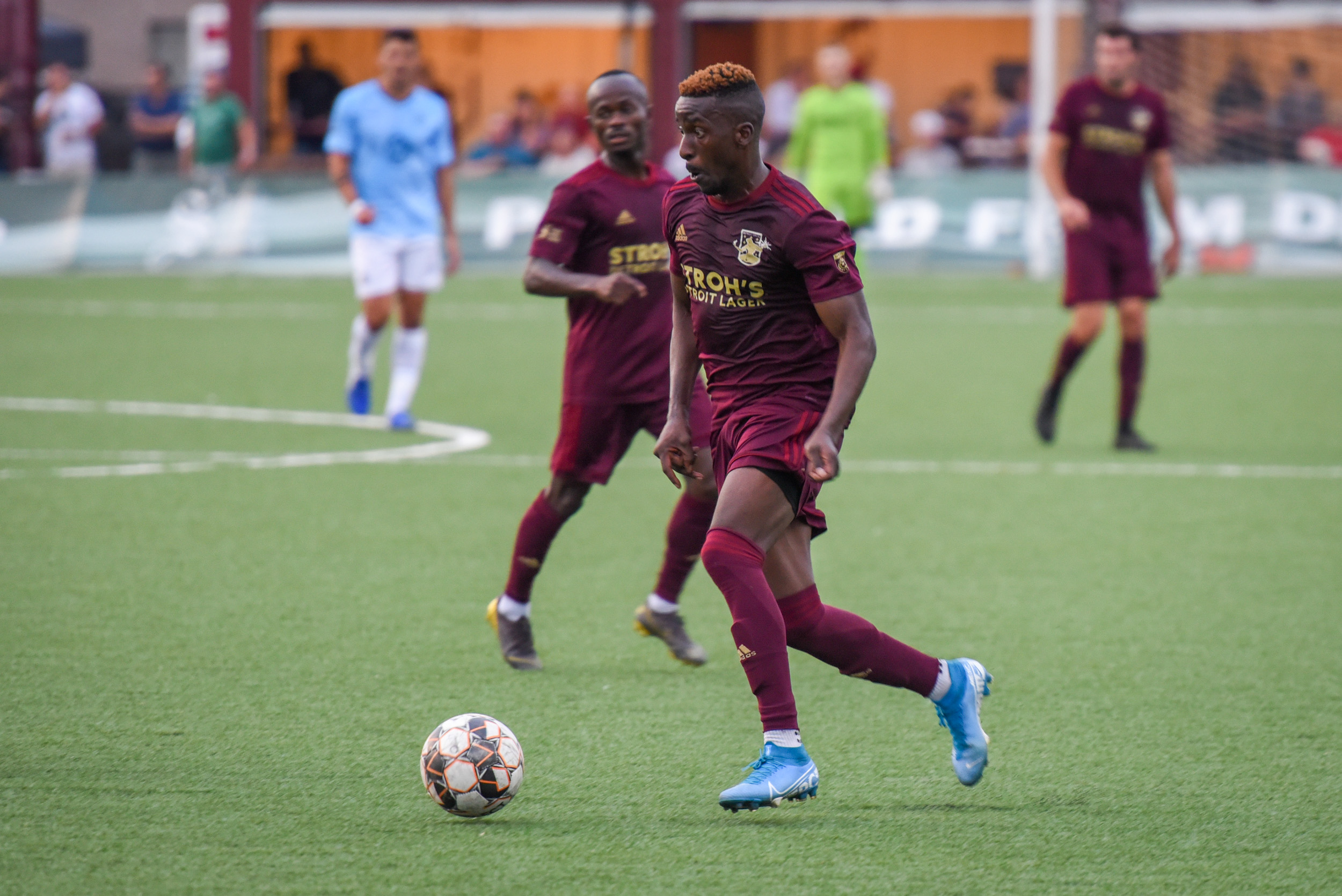 Starting with Friday night’s match, the broadcasts of the club’s remaining matches will feature a retro-style telethon supporting the Club’s Be An Owner campaign produced in partnership with the Planet Ant theatre company, as well as Former Co. and Aninterval. Detroit City FC matches can be streamed around the globe at www.detcityfc.com/watchcity.

Friday night marks the home opener for Le Rouge. Prior to the cancellation of the NISA spring season, City opened 2020 on February 28 with a 2-0 victory at LA Force. Matt Lewis finished a pass from Steve Carroll off a Kevin Venegas free kick in the 22nd minute. Roddy Green added an insurance tally in the 93rd.

The NISA Independent Cup was created to provide a platform for professional and amateur independent clubs to play together on a national stage. The inaugural Independent Cup features four regions and totals 15 clubs, resulting with four regional champions.

Neal Ruhl, the voice of Le Rouge, and John Kreger with Daniella Bruce on the sidelines will be on the call for both matches this weekend. Due to NISA’s exclusive rights with mycujoo, matches this weekend and during the fall season will not be simulcasted to Facebook and YouTube.