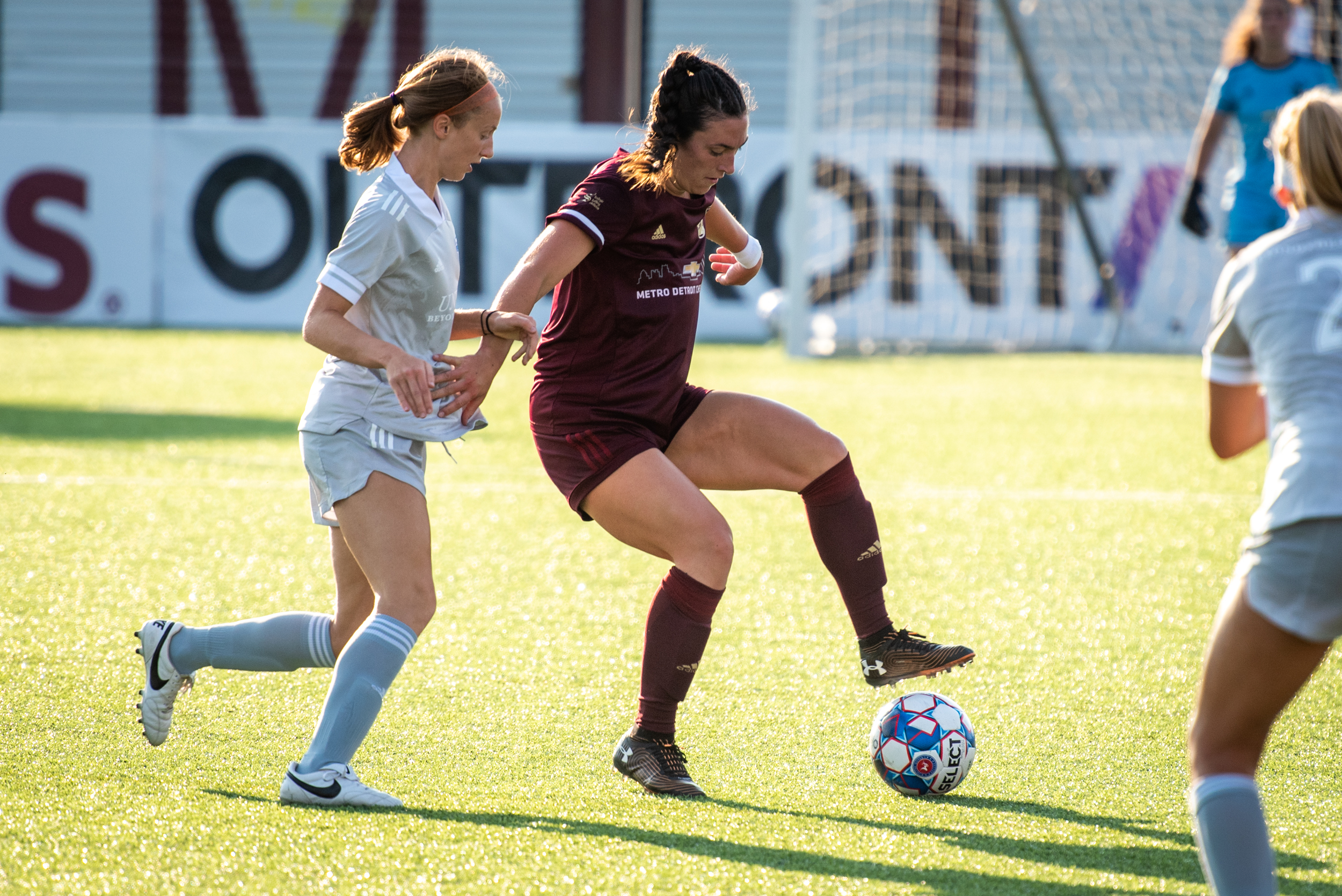 HAMTRAMCK, Michigan - Historic Keyworth Stadium was host to the inaugural United Women’s Soccer (USW) Keyworth Showcase which came to a close on Sunday evening in Hamtramck. Midwest United defeated the home side, Detroit City FC, by a score of 3-1 to claim the title.

This was the second meeting in nine days between Detroit City and Midwest United. The two met in Kentwood on July 17 with a similar 3-1 result.

United started off on the front foot from the beginning of the match. Using their speed to send balls over the top and break through the City back four. Midwest forward Macy Hollingsworth got the scoring under way with a screaming shot that found the upper right corner of the net from just outside the 18-yard box.

Le Rouge answered quickly though. With their first chance of the half, captain Sarah Huge put a shot on net forcing a rebound from the United keeper. The ball then found the feet of Caroline Fleming who calmly rolled it into the open net in the 12th minute.

The two sides entered halftime with the score tied at one aside, but momentum favored the visitors as United had the majority of opportunities throughout the first 45 minutes.

After a controlling eight minutes of play from Midwest to begin the second half, United’s Stitch Currie continued her strong Showcase showing by side stepping Le Rouge keeper Gabby Gauruder to take a 2-1 advantage.

City struggled to create chances during the second half. Midwest added a third tally in the 75th minute to seal the match.

It was not the result City had hoped for, but the Keyworth Showcase provided a historic two days of women’s football for the City of Detroit as the home side finished runner-up at the inaugural weekend event.