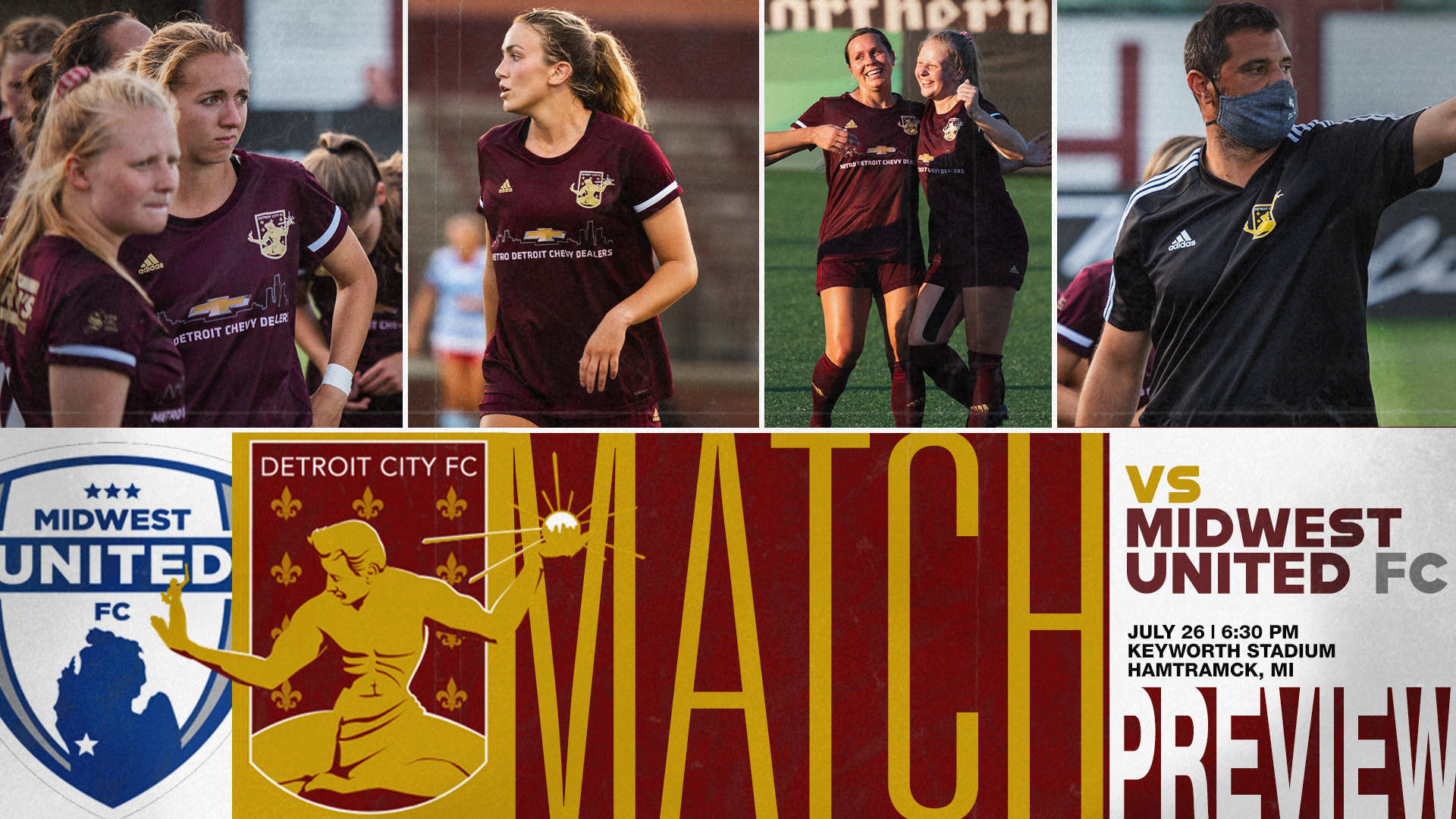 DETROIT, Michigan - The Detroit City FC women square off with Midwest United FC in the championship tilt of the inaugural United Women’s Soccer Keyworth Showcase on Sunday, July 26. Kickoff from Hamtramck is set for 6:30 pm.

Le Rouge comes off a 2-1 thriller on Friday night over Lansing United. After an eight-minute smoke delay to start the match, City struck first in the 21st minute with a laser off the left foot of Lilian Lucas from 25 yards out. Lansing knotted it at one aside in the 53rd, finding the equalizer off a corner kick. With penalty kicks looming, Syd Blomquist pressed the United keeper and forced the ball to be mishandled. Kenna White was right there in stride to tally the game winner in the 83rd minute.

Midwest United punched their ticket to the final on Sunday afternoon with a 9-0 victory over UWS League Two foe Livonia City FC in the first game of the Showcase. Stephanie “Stitch” Currie netted four goals to lead the Midwest effort, notching a hat trick in the first 32 minutes of play. Marty Corby added a brace and two assists, while Kaema Amachree ended with a goal and assist.

Sunday marks the second meeting between Detroit City and Midwest in nine days. Midwest United hosted Le Rouge on July 17 in Kentwood. Tori Singstock gave City the lead in the 48th minute, but the home side notched three unanswered to close out the contest.

Lansing United and Livonia City open Sunday with the third-place match at 3 pm.

The voice of Le Rouge, Neal Ruhl, and John Kreger will be on the call.

Due to the state's existing Executive Order related to sporting events, fans will not be permitted to attend this weekend's historic matches.