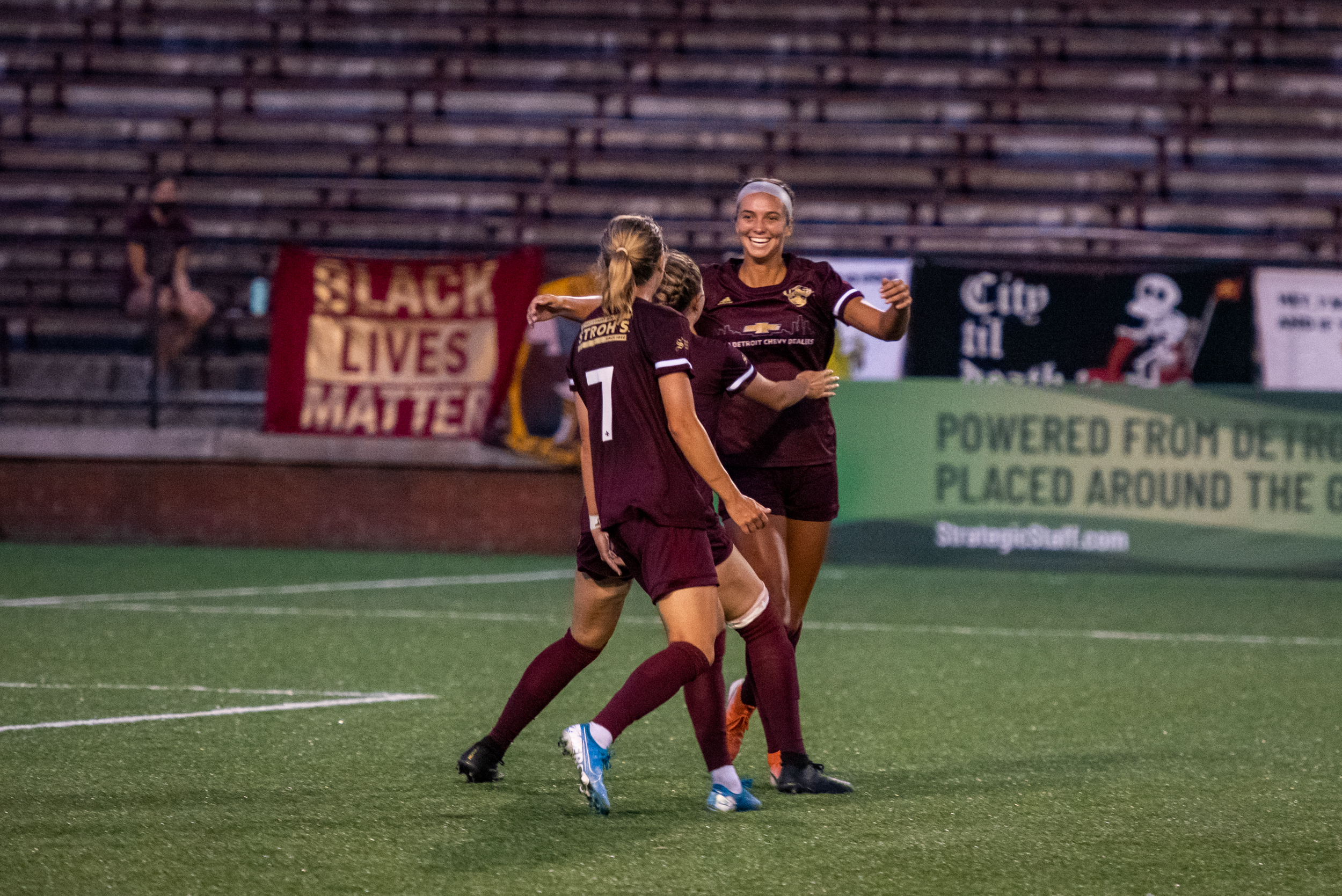 HAMTRAMCK, Michigan - For the first time at historic Keyworth Stadium, the Detroit City FC women’s squad took to the pitch on Friday night in a semi-final showdown against Lansing United. City beat the visiting side by a score of 2-1 to secure Le Rouge’s first-ever women’s victory along with a spot in the final of the inaugural United Women’s Soccer Keyworth Showcase on Sunday evening.

Although Keyworth had a different atmosphere with the absence of spectators, the supporters’ spirit filled the air as smoke covered the pitch shortly after kickoff which resulted in an almost eight-minute halt in the action.

Soon after, midfielder Lilian Lucas notched the first home goal for City with a wonder strike from about 25 yards out in the 21st minute.

The start of the second half felt familiar for DCFC from the previous match as United striker Rachel Philpotts found the back of the city net to equalize at 1-1 in the 53rd.

There were chances for both sides after that point as Le Rouge continued to play out wide and force balls into the box. Lansing squared one off the top of the crossbar along with some other close calls, but the score remained deadlocked at one.

With penalties looming, City continued to press forward. Defender Syd Blomquist, who spent much of the second half in the attack for Le Rouge, pressured the Lansing United keeper and forced a mishandled ball that fell at the feet of Kenna White, who calmly sent the ball rolling into the net to give Detroit City a 2-1 lead in the 83rd minute.

The victory sends DCFC onto a rematch with Midwest United. Midwest defeated City last week by a score line of 3-1, scoring three unanswered goals in the second half. Kickoff for the final of the Keyworth Showcase will begin at approximately 6:30pm upon the conclusion of the third place matchup between Lansing United and Livonia City FC.