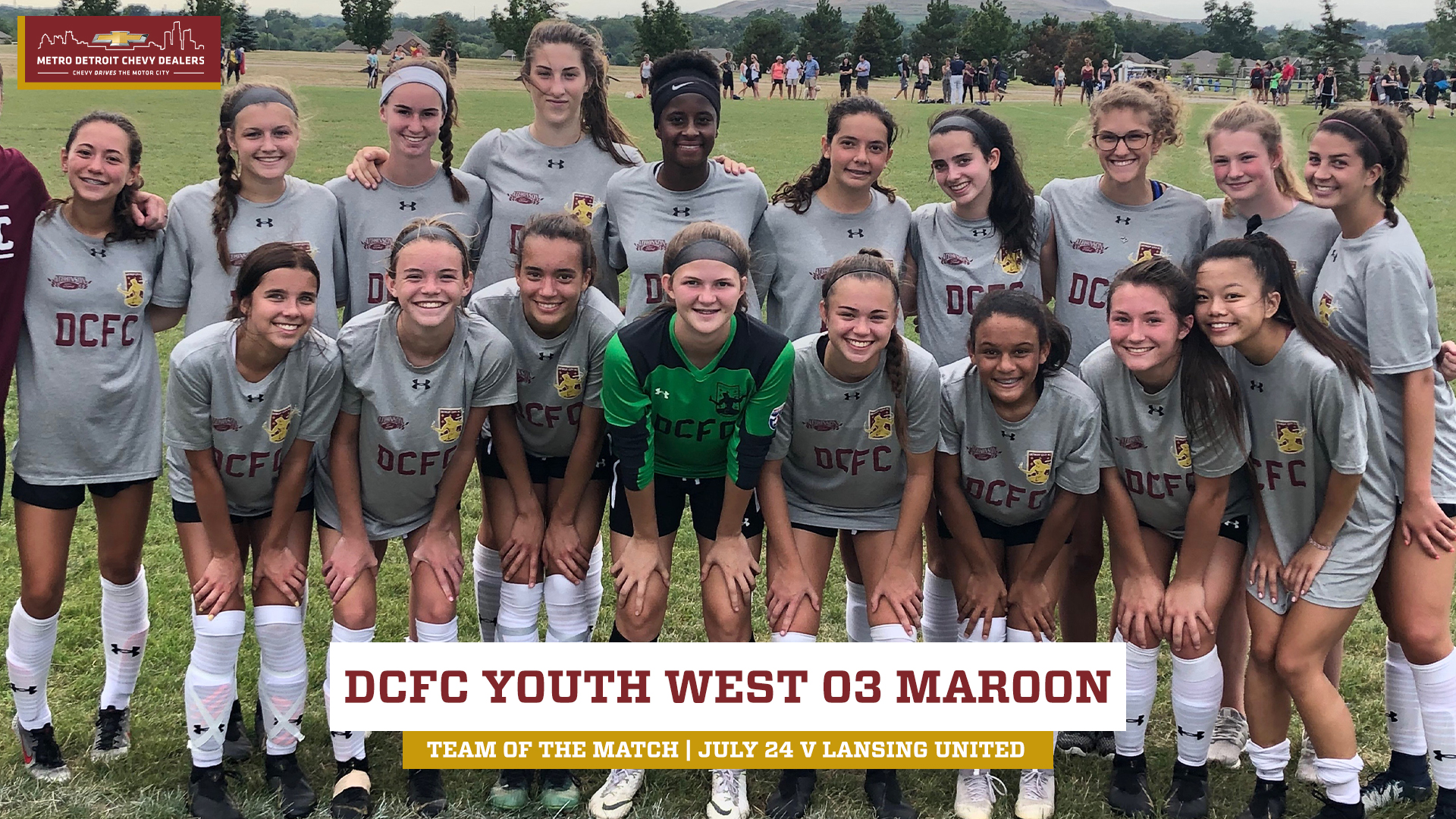 DETROIT, Michigan - Detroit City FC, Detroit’s professional soccer team, is proud to join the Metro Detroit Chevy Dealers in recognizing DCFC West 03 Maroon for their work on and off the pitch.

Beyond performance on the field, DCFC West 03 Maroon has been a leader in the community, giving back in many ways. Audrey Weadock and Tai Tworek have highlighted the team’s efforts with their individual contributions. Weadock - a National Honors Society member - has volunteered at blood drives, made made tie-blankets for children at the Mott Children's Hospital, and collected food for the Saline Area Social Services Annual NHS food drive.

Tworek works at Safe House Teen Voice, which is a program for teens to work through and discuss issues and solutions around sexual and domestic violence in the community. Prior COVID-19 pandemic, she was serving meals for the homeless once a week at St. Andrew’s Episcopal. Additionally, Tworek has been an active voice, authoring many articles on local social justice issues as editor of her school’s publication, the Communicator.

“We believe that there should be more to youth soccer than the lessons learned on the field,“ Sean Mann, Detroit City FC CEO. “We appreciate having the opportunity to work with the Metro Detroit Chevy Dealers to highlight teams like DCFC West 03 Maroon that are learning the importance of community and service through the beautiful game.”

The team will be featured during the July 24 broadcast of Detroit City FC vs Lansing United. With no fans permitted at Keyworth Stadium for the safety of players, staff and fans, the live stream of the match can be found at detcityfc.com/watchcity.