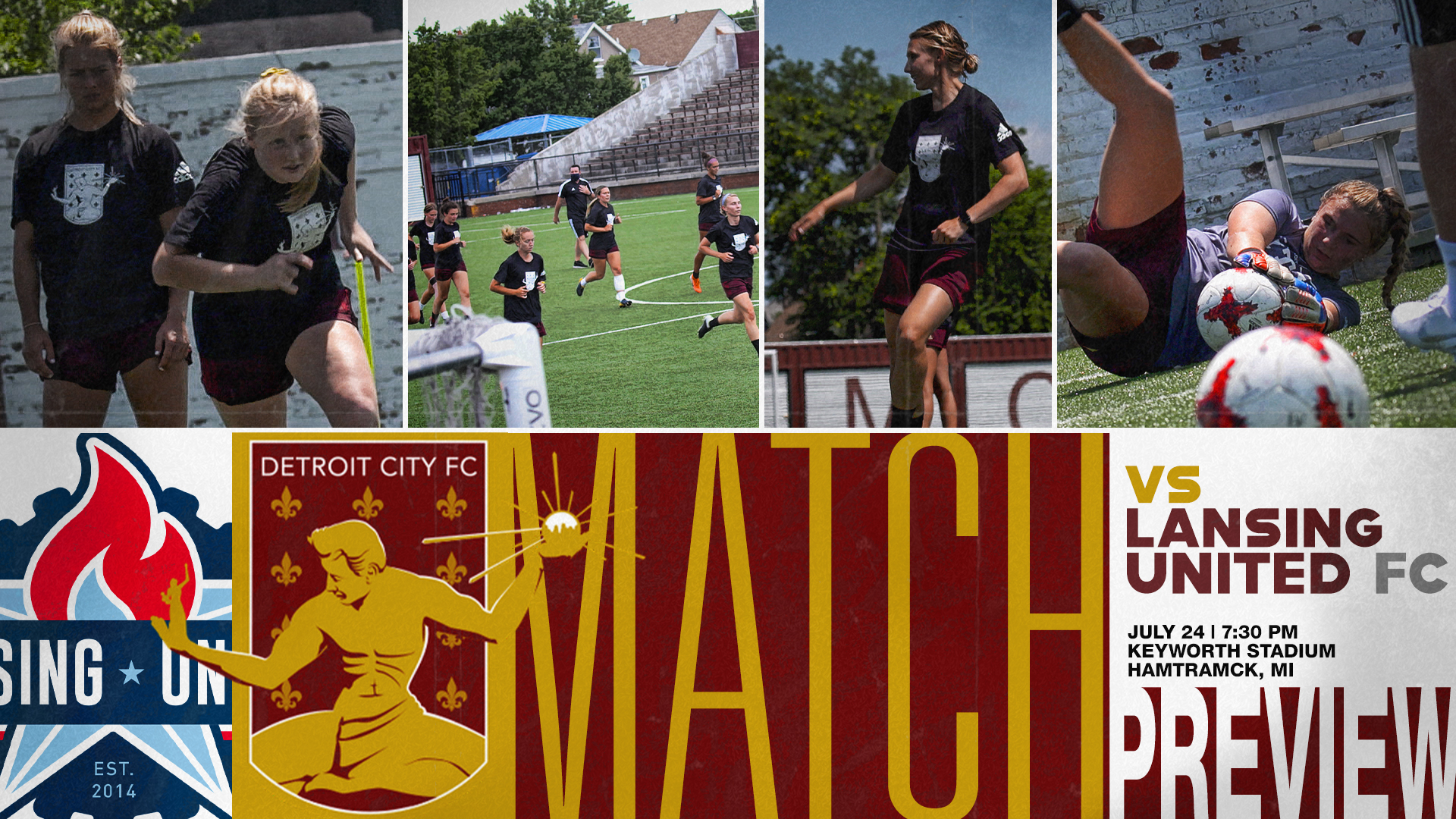 DETROIT, Michigan - The Detroit City FC women’s side kicks off the inaugural United Women’s Soccer Keyworth Showcase on Friday, July 24, at 7:30 pm with Lansing United. Friday night’s match is the home opener for the first-year team.

Last time out, Detroit City dropped its season opener at Midwest United FC, 3-1, on July 17. After a scoreless opening half, it was Le Rouge that struck first in the 48th minute. Defender Syd Blomquist played a ball to the back post, finding the foot of forward Tori Singstock. The lead was short-lived, as Midwest United knotted it back up in the 53rd and added a pair within minutes.

Lansing United’s women’s side started play in 2018, claiming a division title in year on and didn’t suffer a loss in UWS league play until July of last season, falling 4-2 to the Michigan Legends. Friday’s contest will be Lansing’s first match of the abbreviated season.

The two clubs are no strangers, having a history on the men’s side prior to City joining the National Independent Soccer Association. The last time the two met was back in 2017. Le Rouge erased a 3-0 deficit in the final 30 minutes while a man down capped by Owain Hoskins equalizer in the 87th minute.

The tournament opens with Midwest United and Livonia FC - meeting for the second time this summer - at 4:30 pm.

Sunday opens with the third-place bout at 3 pm, followed by the championship tilt at 6:30 pm.

The voice of Le Rouge, Neal Ruhl, and John Kreger will be on the call for both Detroit City matches this weekend. Daniella Bruce makes her debut with DCFC and will join Neal for non-DCFC tilts. All matches will be streamed to MyCujoo, YouTube, Facebook and DetCityFC.com/WatchCity.

Due to the state's existing Executive Order related to sporting events, fans will not be permitted to attend this weekend's historic matches. 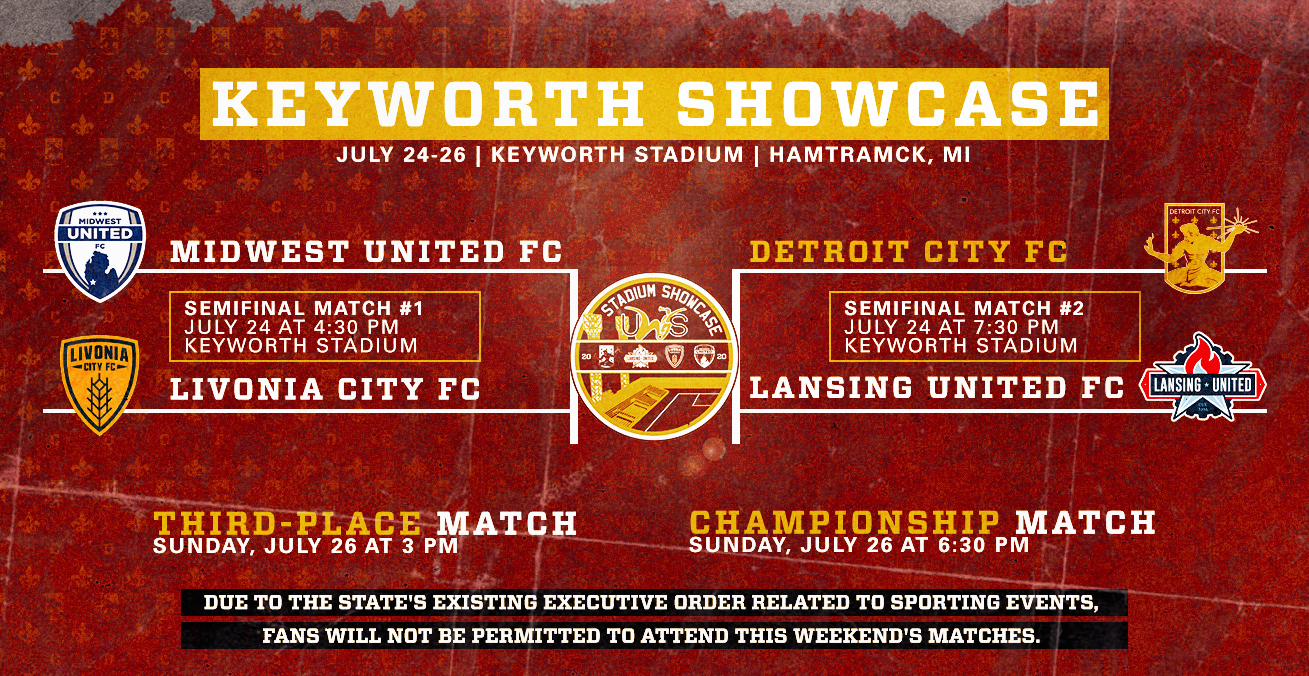