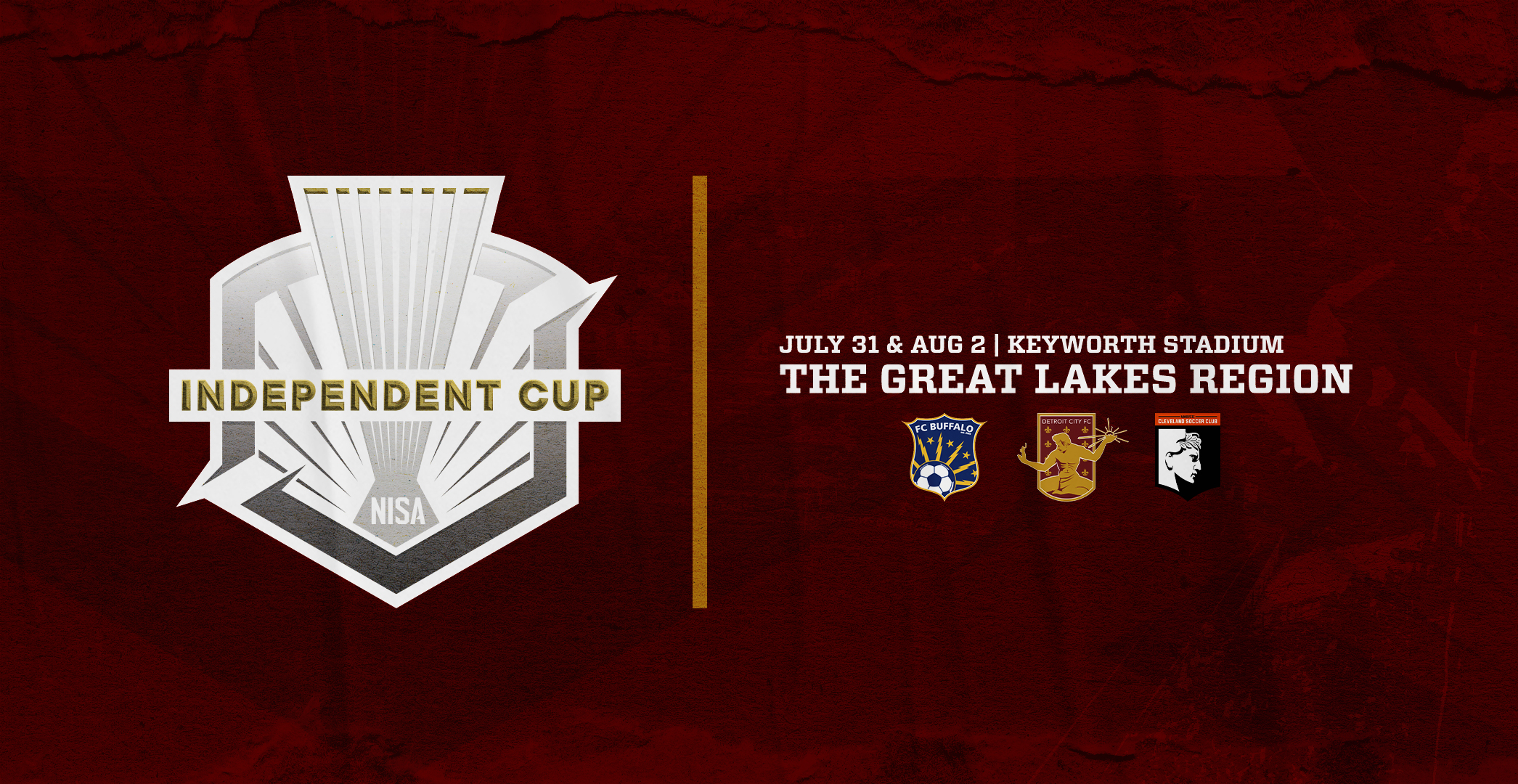 The Independent Cup was created to provide a platform for professional and amateur independent clubs to play together on a national stage.

"This is massive. We've been looking forward to being able to play and to be in front of our supporters, be it in person or through the broadcast." said General Manager and Head Coach Trevor James. "It is great to see the league recognizing independent clubs and including those teams. We have a history with both clubs in our region, prior to me being here, and it will be great to see them."

All Detroit City FC matches will be livestreamed and air on TV20 Detroit. Cleveland SC and FC Buffalo will play their match at a neutral field in Erie, Pennsylvania.

The potential for fans to attend matches during the Independent Cup and throughout the fall season will be based on permission from state and local health authorities and the club’s confidence level of being able to ensure the safety and well being of fans, players, and staff. If you have any questions or need assistance, please feel free to contact us at tickets@detcityfc.com.

The Independent Cup will serve as a precursor to the NISA fall regular season, which is set to start August 8 and run through October. Full details on the fall schedule to come at a later date.

All clubs participating will be adhering to NISA's Return to Play Protocol created and established with top medical professionals and in accordance with the CDC guidelines to ensure the health and safety of all clubs' players, staffs and personnel. Regional competition will also adhere to state and local governance in place at the time of regional competition.

"The Independent Cup champions the spirit of the game, allowing talent to take the field and the beautiful game to shine on the pitch,” said NISA Commissioner John Prutch. “It's the first of its kind where only independent clubs compete and one that our Fall to Spring schedule allows. We look forward to this being an annual event allowing both amateur and professional clubs to compete for the Cup in the true meaning of independent soccer.

Full details on the NISA Independent Cup schedule can be found at https://www.nisasoccer.com/indcup.