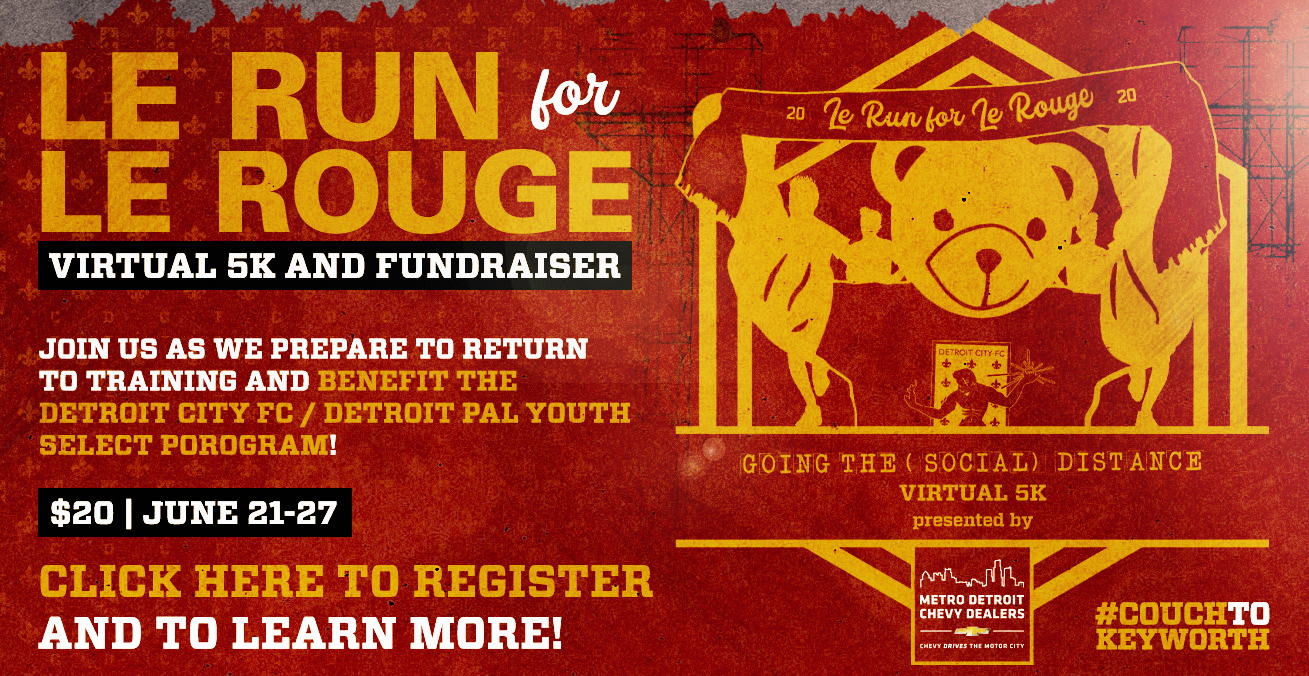 With an eye toward the seasons restarting in the near future, our men’s and women’s teams are starting to implement return to training protocols. The club is inviting the supporters to join the pros and prepare for the new season together to raise money for the continued growth of soccer in our city.

Proceeds from the sale of alcohol at Keyworth Stadium are allocated to our Detroit City FC/Detroit PAL Youth Select soccer program. The first in a generation travel program enters its third season, providing low to no cost playing opportunities for youth players from the city of Detroit.

To overcome this deficit and stay committed to providing accessible soccer development and training to the youth in the city, the idea for a community-based event, involving every level of our club, was born.

If training with the pros and your fellow Le Rouge supporter isn’t enough - we’ve implemented an individual fundraising leaderboard. Whichever individual raises the most money for our Youth Select team will receive an on-field Strategic Staffing Solutions Suite to an upcoming home match.

Registration for the event is $20 and closes on June 27 at 12 pm. Participants can record their times from June 21-June 27.

As you begin your training and on your race day, participants are encouraged to post on social media and tag Detroit City FC on Twitter and Instagram with the hashtag, #CouchToKeyworth.

To register as a race participant and/or individual fundraiser, or to learn more information, click the link here.