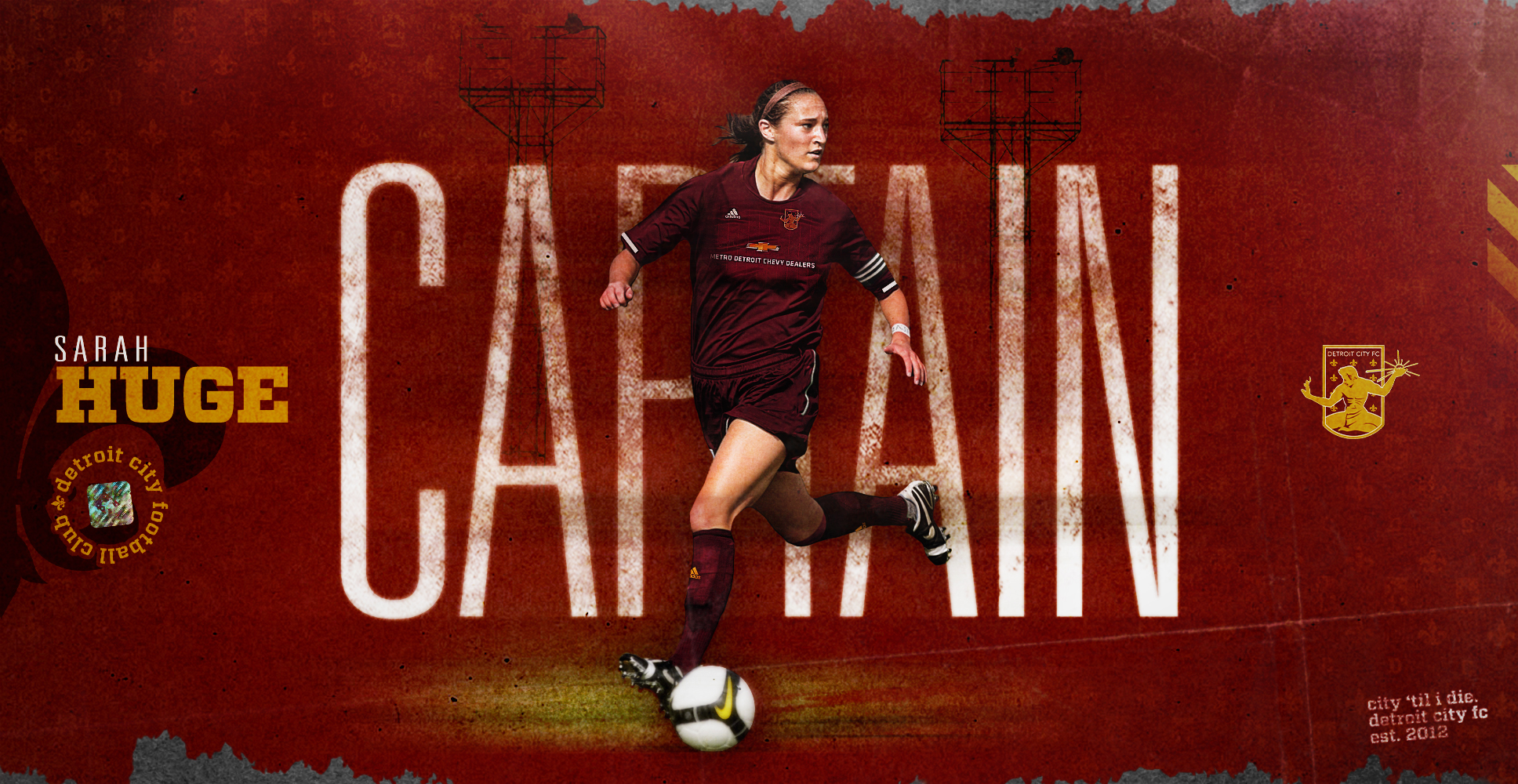 DETROIT, Michigan – When it came time for head coach Sam Piraine to select a leader for the inaugural Detroit City Football Club women’s team, there was an obvious choice.

It was announced on Wednesday that defender Sarah Huge would be the first player to sport the captain’s badge for the DCFC women in their first season of play.

“It was kind of a no brainer,” Piraine said about naming Huge team captain. “Her demeanor about the game and her leadership has always been massive. She’ll be the voice of the team and her commitment is not even a question.”

Huge was first coached by Piraine when she was just nine years old playing for the Northville Soccer Association. Since then, the now 30-year-old Metro-Detroit native has a high level of on-field experiences along with a successful coaching track record.

Huge played collegiate soccer at Michigan State University for 2008- 2011 where she earned a starting role as a freshman. Along with the early success at MSU, came hardship for Huge as well. Her freshman and sophomore seasons were derailed by a torn ACL in a Big Ten Tournament match against Illinois in 2008. During her time as a Spartan, Huge made 53 appearances and earned Academic All-Big Ten Honors in 2011.

Huge has spent the last four years coaching high school and youth soccer. She serves as the assistant coach for the Salem girls varsity team and staff coach for the Canton Soccer Club. Her coaching background is something that can certainly help bring a young squad together on the pitch.

“It’s given me a lot more confidence,” Huge said on her coaching experience. “Once I got more into the coaching, more of that confidence I had in me growing up came back. It helps me with the understanding of not only how to talk to players but also with problem solving on and off the field.”

In a year of firsts for the club, Huge is highly anticipating the start of the new season. Support for DCFC has continued to grow since its founding in 2012 and the expected backing of the women’s team certainly isn’t overlooked by Huge.

“It’s going to be a game changer,” Huge said. “I’ve never been in a situation anywhere near this and neither have the other players. When we get down into semi-pro levels, we don’t have this fan support so it’s going to be very exciting.”

The first task for Huge as team captain, bonding a team built from scratch amid the ongoing COVID-19 pandemic. With only a hand full of practices under the squad’s belt, it has been a challenge to build chemistry.

“It’s been interesting,” said Huge. “Our goal is we come back and go right to work and start forming these bonds and relationships.”

The women's team will compete in play its home matches at Keyworth Stadium and will play in the United Women’s Soccer Midwest Conference against the likes of AFC Ann Arbor, Detroit Sun, Grand Rapids FC, Indiana Union, Lansing United and Michigan Legends.