DETROIT, Michigan - Detroit City Football Club welcomes its next round of signees to its inaugural women’s team. Makenzie Ortman, Lilian Lucas, Julia Stancato and Katie Coleman add a pair to the Le Rouge midfield while Stancato and Coleman join the City back line.

Ortman comes to Detroit City after completing her freshman campaign at Bowling Green this past fall. The midfielder from Sylvania, Ohio, was a regular for the Falcons in 2019, playing 14 matches with seven starts - missing a month due to injury. Ortman finished the season with a goal and an assist as BGSU won the Mid-American Conference Regular and Tournament Title.

“I am very happy with the addition of Makenzie,” said DCFC women’s head coach Sam Piraine. “She showed extremely well at the invite trials. She has the ability to strike the ball well with both feet and can be a threat both centrally and/or in wide areas. She reads the game extremely well and that will help us keep possession when needed.”

Lucas adds even more weapons to City’s midfield. The Plymouth, Michigan, native played in three matches for the Fighting Illini in the fall.  Lucas had an accomplished club career prior to arriving at the University of Illinois, claiming the 2013 US Youth State Championship with the Michigan Hawks - eventually sending the Hawks to the National Finals.

“Lilian comes to us after a good year at the University of Illinois,” said Piraine. “She showed her ability with the ball at her feet during the tryouts and was an immediate player for consideration. I enjoyed that she wanted to beat  players on the dribble and is a very good striker of the ball. Look for her to pick apart the opponent’s midfield.”

Stancato recently completed her intercollegiate career at Siena Heights. The South Lyon, Michigan, defender/forward led the Saints in 2019 with five goals and two helpers. She started all 19 matches as a senior, garnering 2019 United Soccer Coaches North All-Region Second-Team honors for the second time in her collegiate career. Stancato was an all-league player that was the Wolverine Hoosier Athletic Conference’s 2018 Defensive Player of the Year.

“Julia is coming off a very positive last season at Siena Height University and looking for her to continue that on the pitch for Detroit City FC,” Piraine said. “She showed really well as a late invitee, and can play in the back or up top. She has loads of pace and will be causing havoc in wide areas, helping create goal scoring opportunities.”

Coleman strengthens up the back line for Detroit City FC. The Central Michigan junior made 10 starts with 16 appearances this past fall. She tallied one goal on 15 shots - six on frame. As a true freshman, she saw action in 15 games. While playing for Salem High School, Coleman was an All-District and All-League selection.

“Katie is a truly versatile player that will be expected to play in many different roles for Le Rouge,” said Piraine. “She has the ability to lock down in the back but the strength to go forward in the attack. She is a left-footed player that can strike from a distance. I am excited to see Katie join the group when we start back up.” 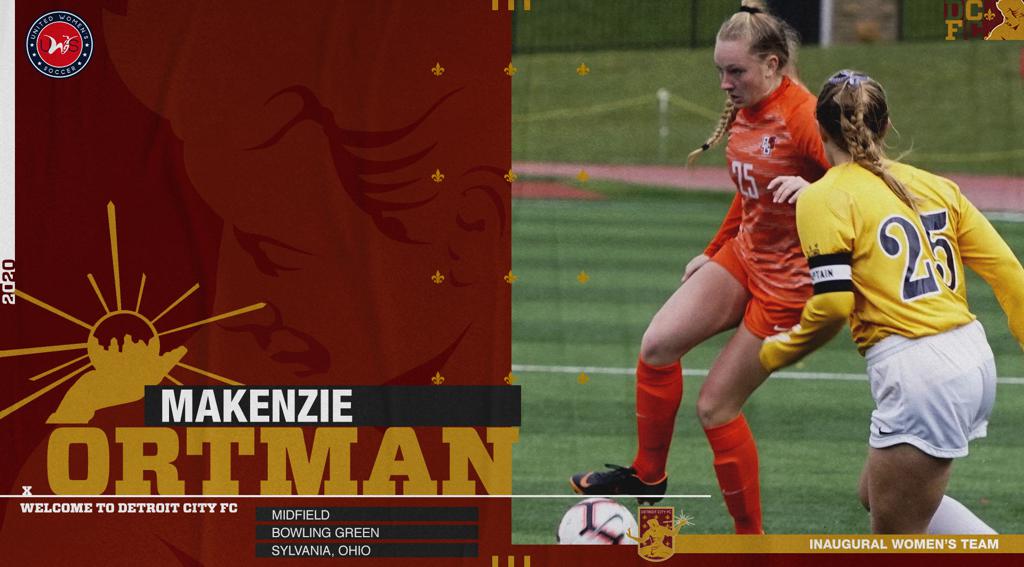 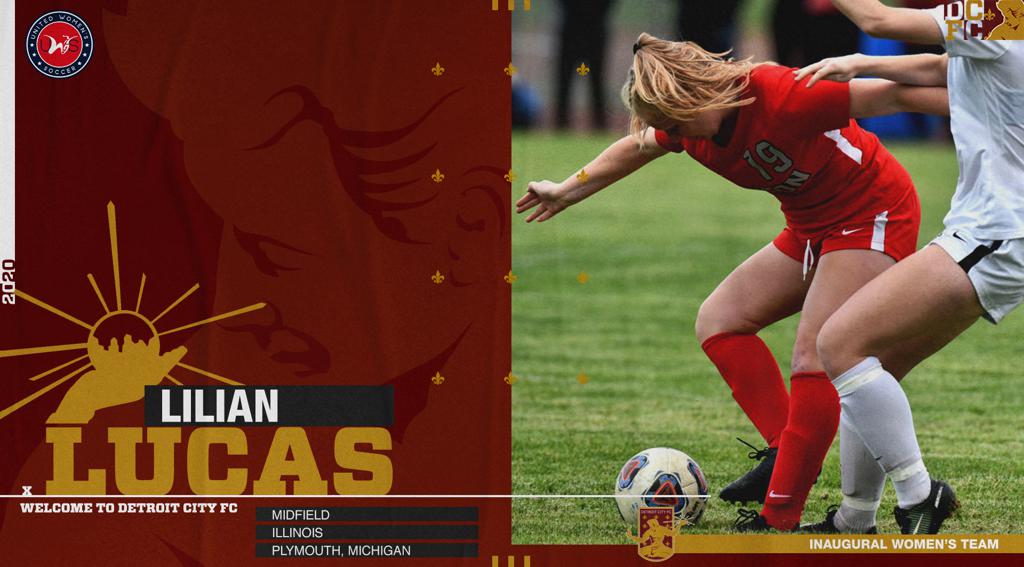 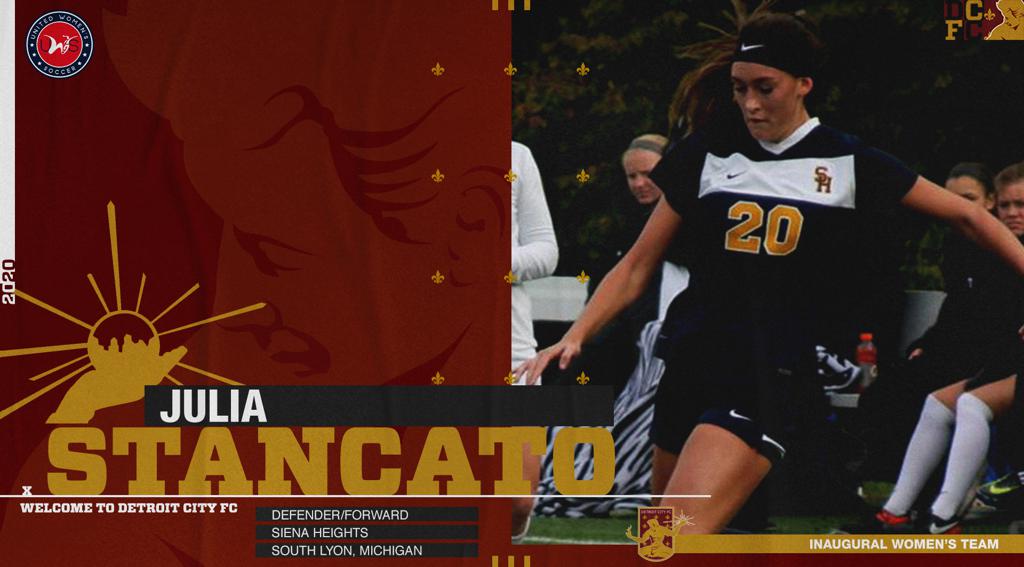 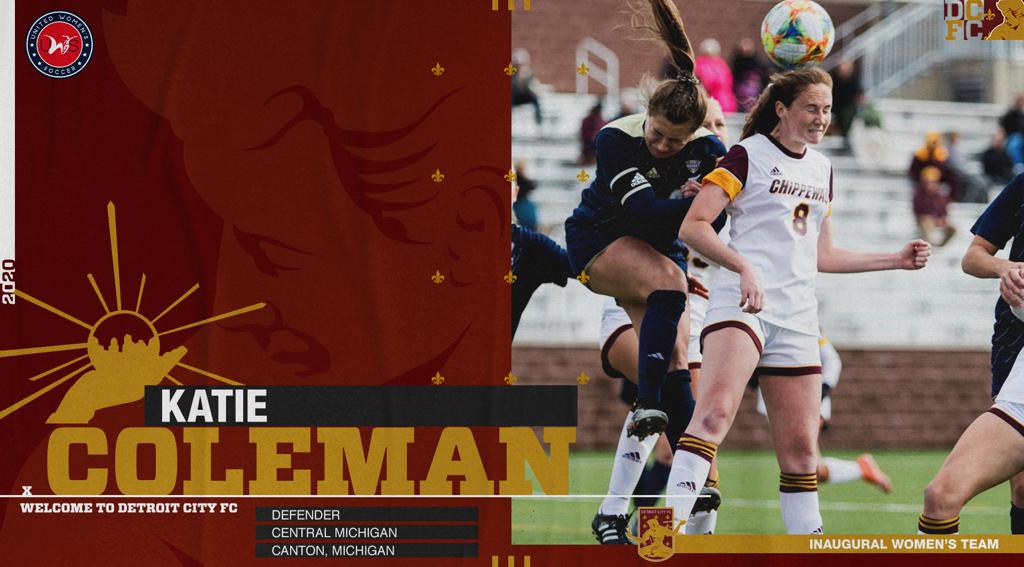