DETROIT, Michigan - Detroit City Football Club welcomes its next round of signees to its inaugural women’s team. Molli Krick, Becca Przybylo, Mackenzie Lutz and Caroline Fleming bring accomplished playing careers and will sure up several positions on the pitch for DCFC.

Krick - a Novi, Michigan, native - joins the DCFC midfield after a collegiate career at Eastern Michigan. Krick worked her way into the regular rotation as a sophomore, starting 57 of 59 matches over her final three seasons in Ypsilanti. In her senior campaign, the holding mid tallied two goals and a pair of assists for six points on her way to First-Team All-Mid-American Conference honors. Throughout her career, she played in 76 games as an Eagle, making 59 starts in the midfield. Krick also had five assists to her credit, while totaling nearly 6,000 minutes in her four-year career.

“Molli is another player that stood out in our trials as a composed central midfielder who never lost the ball,” said DCFC women’s head coach Sam Piraine. “I was immediately interested in getting her into the training camp, as I know she will be a massive piece to our puzzle.”

Przybylo enters her sophomore season in the frame at Eastern Michigan this fall. The keeper out of Plymouth High School recorded five saves in 142 minutes of play as a freshman. While in high school, Przybylo was an all-state selection to go along with all-conference, all-district and all-region plaudits.

“Becca comes to the squad as another top quality goalkeeper from our region,” Piraine said. “She just finished her first season at Eastern Michigan and will be competing for a starting spot in her sophomore year. The competition of goalkeepers this summer will help her grow for her second collegiate season, but also keep us competitive no matter which keeper I choose.”

Lutz earned a regular spot in the starting 11 for Dayton this past fall as a freshman. The defender from Sylvania, Ohio, was third on the roster with 1,610 minutes played this past campaign. Lutz brings an impressive club career to Detroit City, claiming multiple conference titles and a Player of the Year honor in 2016 while with Pacesetter Soccer Club.

“Mackenzie was a constant starter for the University of Dayton in her freshman year and will be a constant player for Le Rouge,” said Piraine. “A defender with the ability to join in the attack is something that really stood out while she was at training camp.”

Fleming is another signee with a storied career at Adrian College. In her senior season this past fall, Fleming tallied 16 goals and 14 assists, leading the Bulldogs to both the MIAA regular and postseason titles. The forward out of Grosse Ile, Michigan, notched 39 goals in four seasons at Adrian, along with 34 helpers. Fleming was the 2019 MIAA Most Valuable Player and was an All-Region pick by the United Soccer Coaches. Her 46 points in 2019 ranks second in program history and her 112 career points comes in third, behind fellow Le Rouge signee Erin Weide.

“Caroline came into training camp and impressed immediately,” Piraine said. “She showed great pace going forward and was very dangerous in front of goal. She is an excellent addition to our group that will immediately compete for quality minutes.” 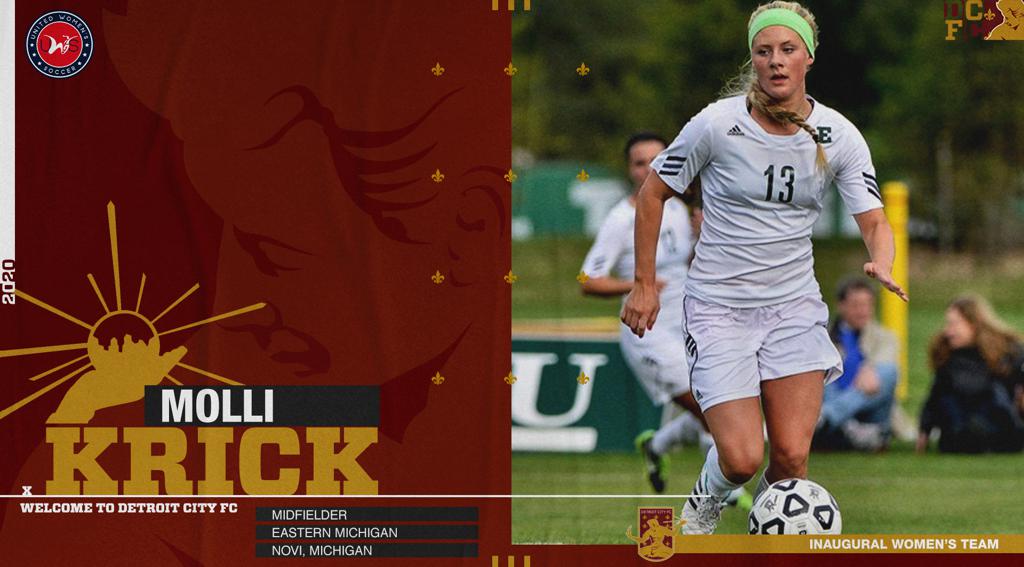 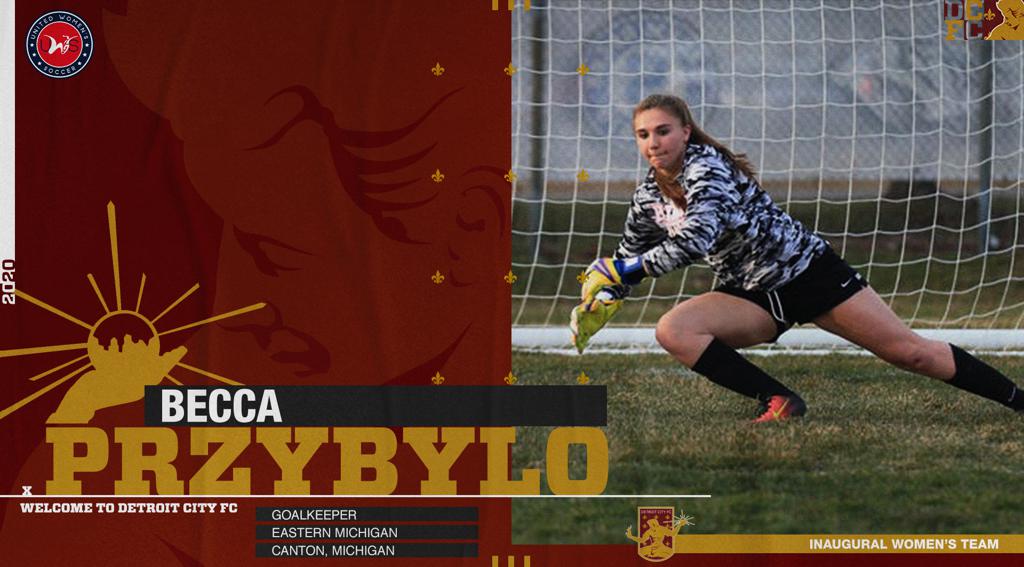 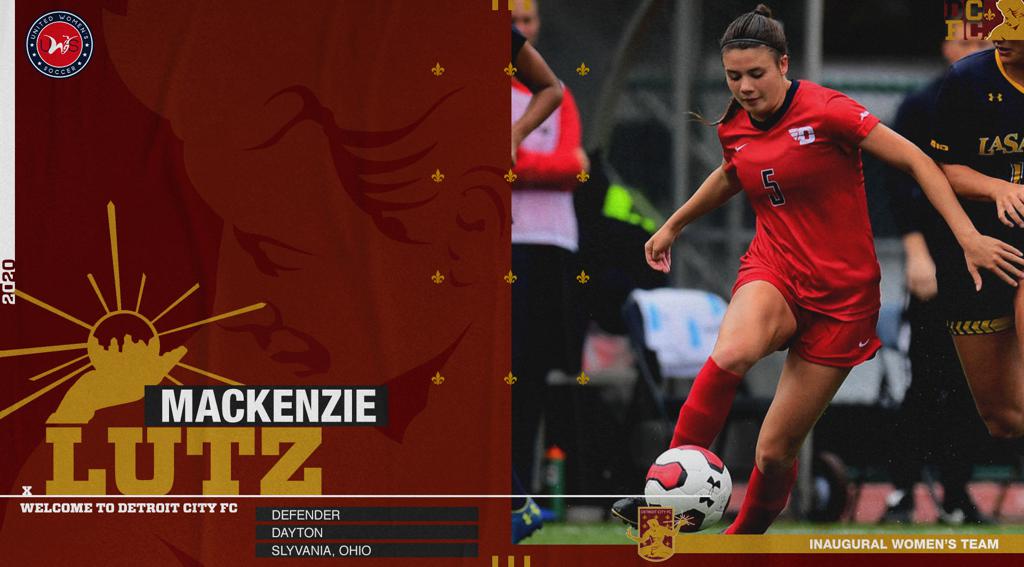 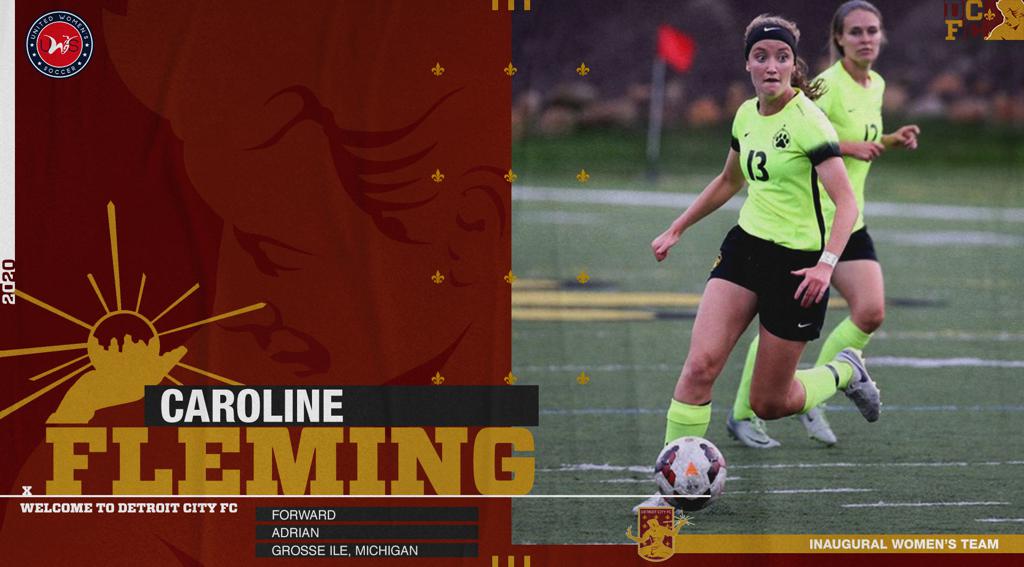