DETROIT, Michigan - Detroit City Football Club welcomes its next round of signees to its inaugural women’s team. Marlee Taylor, Danielle Toney, Meyah Romero and Erin Weide bring a wealth of high-level experience - including national team competition - to the club.

Taylor - a Plymouth, Michigan, native - currently plays in the midfield for the University of Dayton. She appeared in all 19 matches of her freshman campaign this past fall. Taylor was an All-State Honorable Mention out of Canton High School, where she helped the Chiefs to a state-finals appearance. She represented the Canton Celtic Club until 2017, before joining the Michigan Hawks Club.

“I am excited for Marlee to be a part of this group as she brings loads of confidence onto the pitch,” said DCFC women’s head coach Sam Piraine. “Marlee demonstrates a high soccer IQ as a central midfielder and her ability to see the entire field will prove critical for her to break down the opposing defense.”

Toney comes to DCFC after a standout career at Penn State. The forward out of Northville, Michigan, was the 2007 Big Ten Freshman of the year, earning the league’s Tournament MVP in 2008. Toney was named to the M.A.C Hermann Trophy Watch List - which honors the nation’s top collegiate soccer player. She helped lead the Nittany Lions to four-consecutive Big Ten Conference championships and was in the player pool for the United States Girl's National Team, where she attended training camps each year. This past fall, Toney completed her third season as the head coach at the University of Michigan - Dearborn.

“Danielle is another post college player with loads of experience,” Piraine said. “One of Penn State’s and the Big Ten’s all-time leading goal scorers during her time brings another weapon to our attacking punch. I am looking for her to bring a great work ethic and leadership to this team, and for her to help us grow and compete immediately.”

Romero is an American-raised Trinidadian who plays centre back for the Trinidad and Tobago women's national team. Romero competed at the senior level in the 2020 CONCACAF Women's Olympic Qualifying Championship qualification.

“Meyah is a unique signing for us,” explained Piraine. “She is a current Trinidad and Tobago national team player who came to Detroit to tryout for this group in order for her to remain sharp and focused for the next national team camp. She and I know that the environment that we will have at Detroit City will not only help her stay prepared, but she will also help us tremendously on the pitch this summer.  Excited to have Meyah in this pool of quality, only makes us stronger.. Welcome to Detroit Meyah!”

Weide was a First-Team All-MIAA forward and conference MVP at Adrian College and a multiple-time All-Region honoree. She finished second in Bulldog history with 118 points and 49 goals. Weide was an All-State selection and recognized as the No. 2 overall player in Division 4 for the state of Michigan out of Bishop Foley High School.

“Erin is a player that caught my eye immediately at our tryout in January,” Piraine said. “She showed great composure and confidence in the attacking phase of the game. Another post college player that will help with the less experienced players. I was looking for someone who showed confidence taking on players 1-v-1, as well as actually scoring goals, which was very refreshing to see from Erin.” 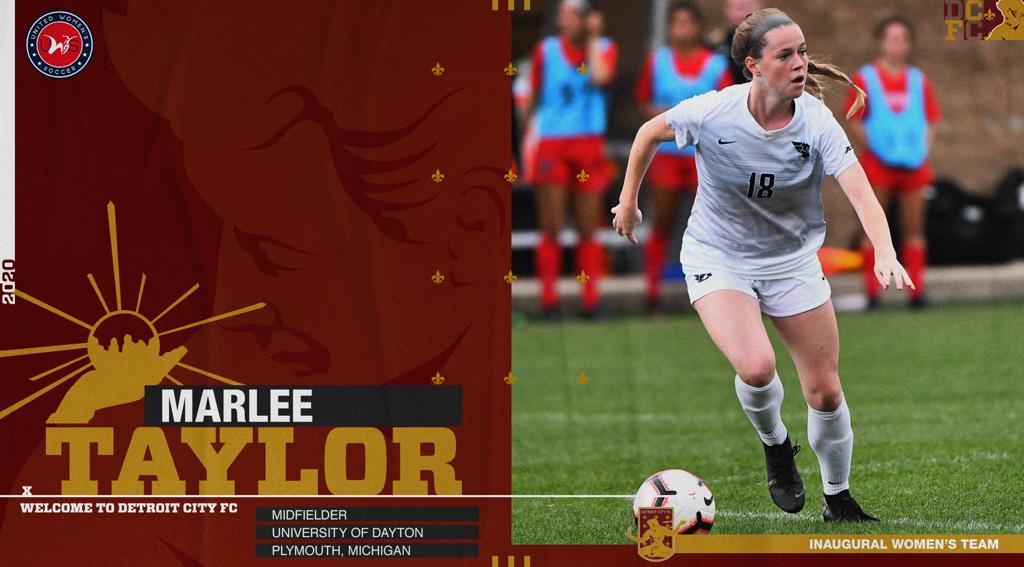 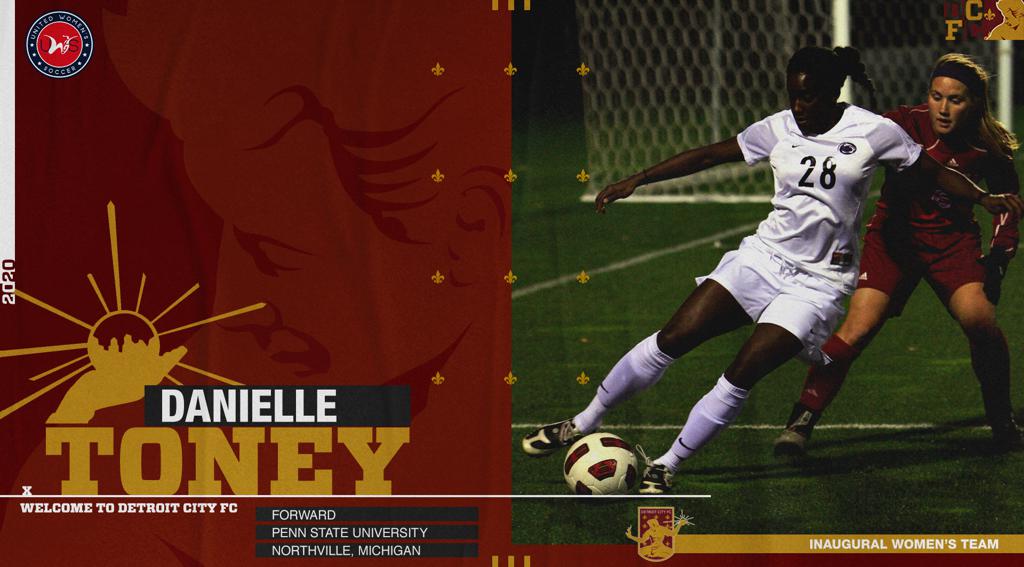 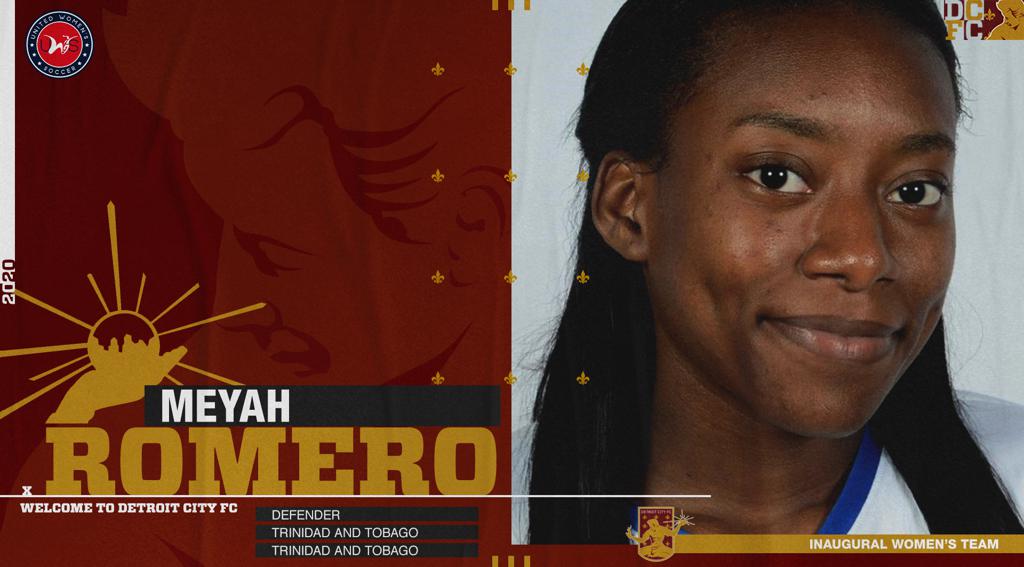 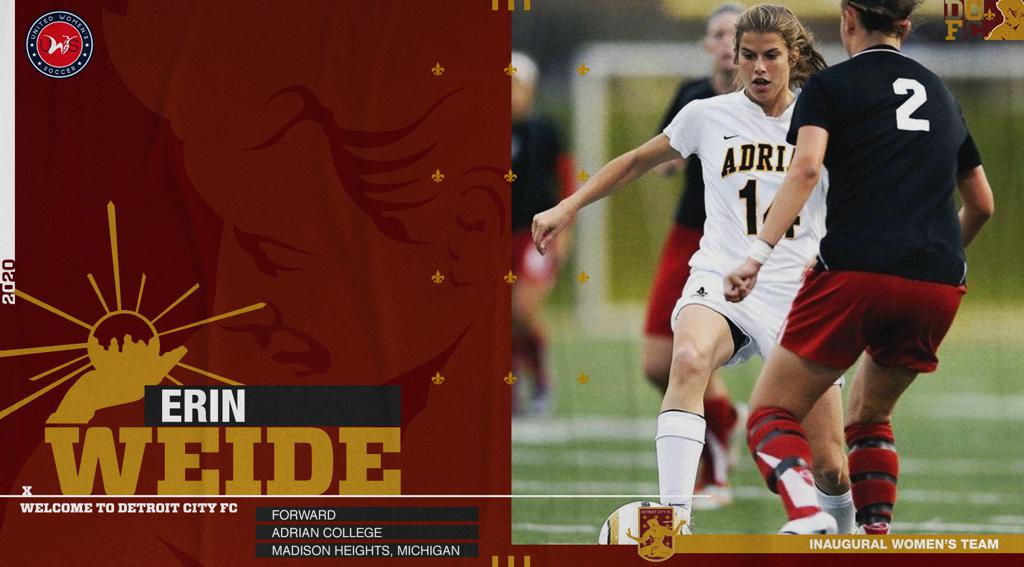